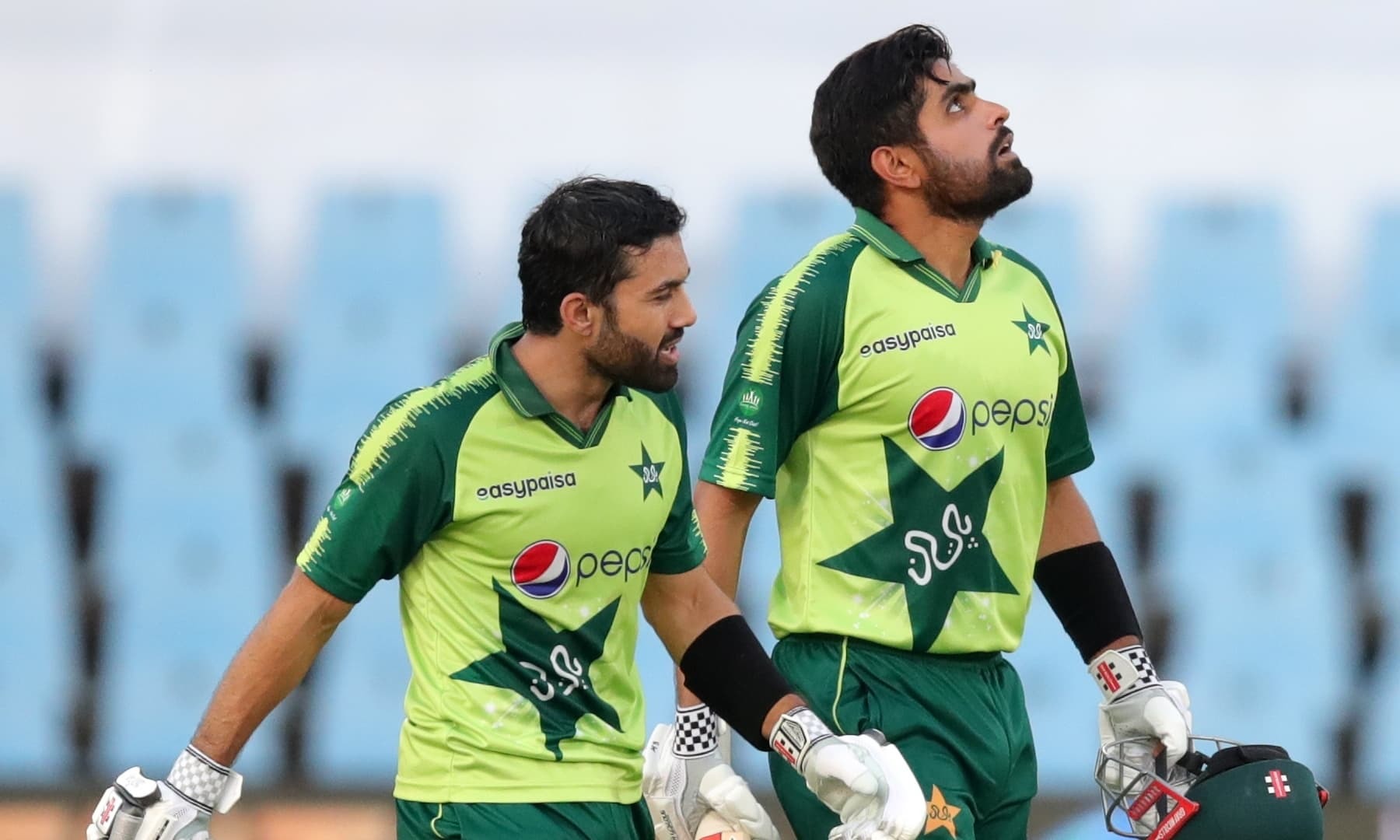 Babar Azam and Mohammad Rizwan's T20I first-wicket partnership has now amassed 429 runs at an average of 53.62 and a run rate of 9.36 per over. That is the highest average of all 46 opening partnerships for Pakistan, as well as the highest scoring rate of any pair that has batted together at least five times. They've put on two century stands now, the latest being Saturday's 150 in just 14.4 overs.

"We discussed while going in that we would have a look at the pitch, how it behaved, and at what pace the ball would come [onto the bat],"

"We took one or two overs [to get our eye in], and I began to charge, because my shots were coming off nicely, but Rizwan bhai, I thought, was struggling for a few balls, so I was conscious of not adding any extra pressure on him. We spoke about having to score 10 an over, 8 an over, because it would be easier for the incoming batsmen if we put on a good, long partnership" Babar said.

Rizwan then chipped in with his impressions of the partnership's strengths. "The key thing about our partnership is that whenever one of us looks to start power-hitting, we go and ask our partner. So we get the confidence that the non-striker has backed our instinct, and I know that the captain [Babar] has given me his inputs, or vice-versa, on whether this is the time for power-hitting or it isn't, and that eases the situation for both of us"

"I've been run-out 8 or 10 times earlier on, but my understanding with him is really good - his calling is much better than mine" he added.

Babar says the pair doesn't even need to call while running between the wickets. "We have a belief in each other, that whenever [the ball] goes in the gap, we can run two.Sometimes we don't even call, and start running with just a signal from the eyes"

On Saturday, their 150-run partnership set Pakistan up for their biggest T20I total ever - 232 for 6 - and a 31-run victory in the first T20I against England, a surprising turn of events after a 3-0 ODI series defeat against a second-string home squad. The two teams will lock horns today at Leeds.