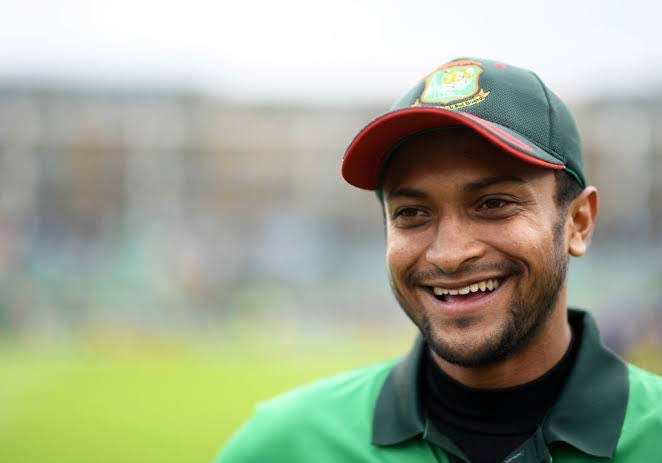 When Ace all-rounder Shakib Al Hasan removed Brendan Taylor as part of a five-for in the first ODI against Zimbabwe in Harare, he became Bangladesh's all-time leading wicket-taker in ODIs.

With a wonderful ball that tricked the batter and his sweep shot to grab the top edge and land up in the hands of short fine leg, Shakib passed Mashrafe Mortaza's record of 269 wickets.

Mashrafe had one wicket in two Afro-Asian Cup matches for Asia XI in 2007. With 269 wickets for Bangladesh, he became the most successful Bangladeshi bowler in ODI history.

After missing the ODIs and T20Is in New Zealand owing to a thigh injury and bypassing the Tests in Sri Lanka last month due to an IPL commitment, Shakib has returned to the Bangladesh team for this Sri Lanka series.

With 210 Test wickets and 92 T20I wickets, he is already Bangladesh's leading wicket-taker. With 362 wickets, Shakib is now the sixth best wicket-taker in T20 cricket.

He is one of only four all-rounders in ODI history to score more than 6,000 runs and take more than 250 wickets. He is one of just three players in T20 cricket history to have scored 5,000 runs, taken 300 wickets, and taken 50 catches.