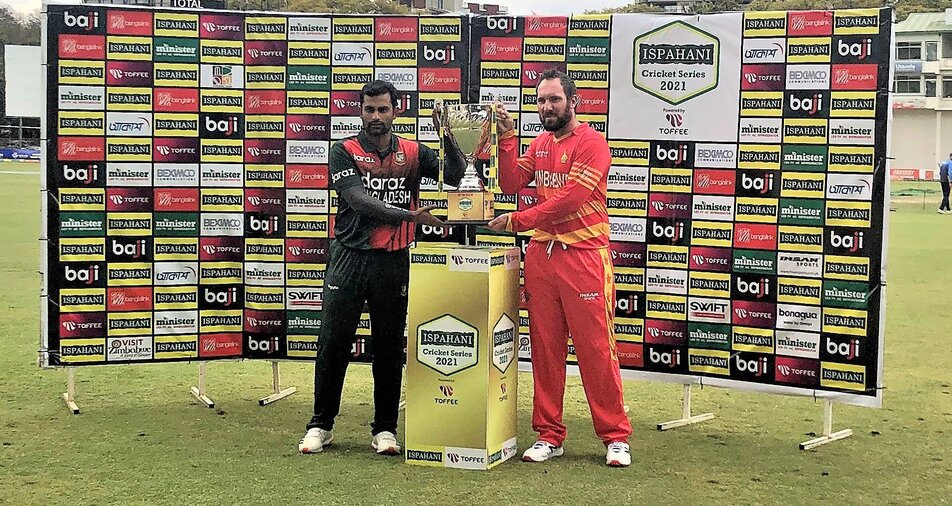 Bangladesh will look to get off to a victorious start in the three-match ODI series against hosts Zimbabwe on Friday at Harare Sports Club.

The series is crucial for Bangladesh since these three games are part of the newly constructed ODI Super League, in which each win is crucial for direct qualification to the next World Cup.

Tamim Iqbal, Bangladesh's ODI captain, is optimistic about a winning start, but admits it will be a difficult task away in Harare this time, as the opening match of the series is always crucial because it sets the tone.

“We have to start the series well. That’s the key point. We need to utilize every opportunity. We are hopeful we can make a winning start. The bowlers might get benefit in the early hour of the game. So if we bat, we have to face that challenge. And if we bowl, then we need to utilize the condition well also,” said Tamim during a virtual press conference Thursday.

Bangladesh's team is beset by injuries as captain Tamin isn't totally healthy. The left-handed opening batter is out with a knee ailment, but he batted in the practice match with his bothersome knee wrapped in tape. Mustafizur Rahman, the crucial left arm pacer, is doubtful for the first match due to an ankle injury.

“About my injury, it will not heal soon. This is not going to heal even after taking five-six days’ rest. It will take time. Physio has given me a plan. Now I am trying to manage the injury without taking risks. (Wednesday) I batted in the practice match. I didn't feel that much of a problem. Hopefully I will continue this way in this series,” skipper said.

Moreover, Bangladesh will be without the premier batsman Mushfiqur Rahim in the middle order, after the right-handed wicketkeeper-batsman returned home for personal reasons.

Bangladesh is currently in second place in the Super League, having won five of their nine games and amassed 50 points so far. England is in first place with 95 points after 15 games, including nine victories.