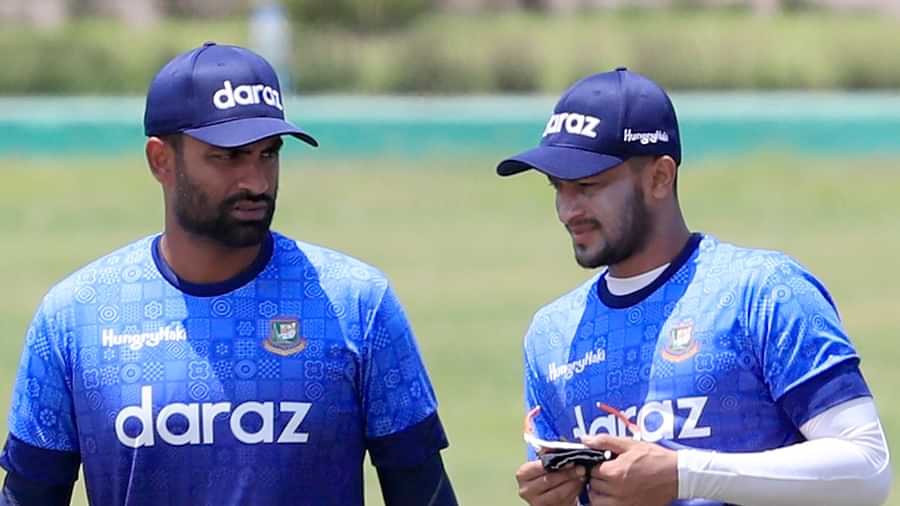 After serving a one-year ban imposed by International Cricket Council (ICC) for failing to report corrupt approach from the bookmakers, Shakib made a flying comeback to international cricket finishing as the man of the Series in the three-match ODI series against West Indies in January. The left-arm all-rounder had finished the series with 113 runs and six wickets in three matches.

He grabbed 5 wickets with the ball in his lone Test against Zimbabwe but failed to impress with the bat. Tamim, on the other hand, is unconcerned with Shakib's form.

"I am always optimistic. According to me, Shakib is a player of that level who can stand in any situation, in any match he can turn around. Whether it is batting or bowling,” said ODI captain Tamim at a virtual press conference.

"I think there are good times and bad times in international cricket, it's normal. We have to believe in him. I am sure today or tomorrow, as soon as possible he will return, score and pick up the wicket. He is such a player,” he added.