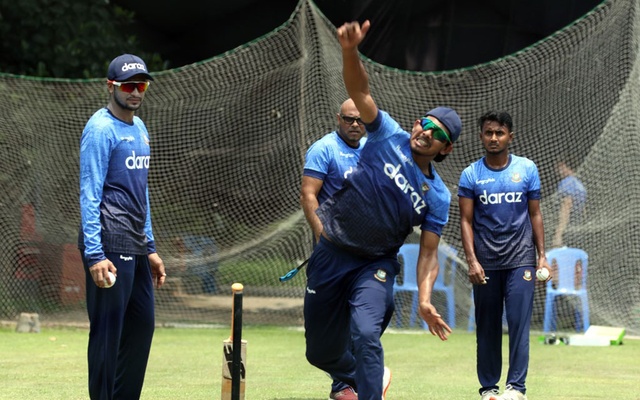 Bangladesh are now seventh in the ICC ODI rankings, Zimbabwe are six steps down as the recent performances have widened the gap between the two teams. Bangladesh is the clear favorite in the upcoming ODI series in Zimbabwe.

However, not only Zimbabwe, Mosaddek Hossain is putting Bangladesh ahead of many other teams in ODIs.

The statement of the all-rounder is based on the combination of experience and youth in the team and several all-rounders. Mosaddek shared his thoughts in a BCB video message before practice in Harare on Tuesday.

"Our ODI team is ahead of many other teams in that we have four experienced cricketers and a combination of youngsters, which is probably not the case in many teams. From this side, our position is very good,”

“And of course our options are much more. Most cricketers can do both bowling and batting. That's a good thing for the team" Mosaddek said.

Mosaddek means four experienced cricketers, Mushfiqur Rahim, Shakib Al Hasan, Tamim Iqbal and Mahmudullah. All three of them have played more than 200 matches. Mahmudullah will also be in the 200 club, if he plays three matches in this series.

Mosaddek played a key role in Bangladesh's last ODI series against Sri Lanka in May. In the last two matches of the series, he was given the responsibility of batting at number five. Although he failed in the first match, he made fifty in the next match. Mosaddek hopes to do better if he gets the same responsibility again.

“I played a series with Sri Lanka after getting injured in the New Zealand tour. I think I batted very well in the last match. Couldn't finish though. If I get such a responsibility now, I will definitely try to end it” he added.