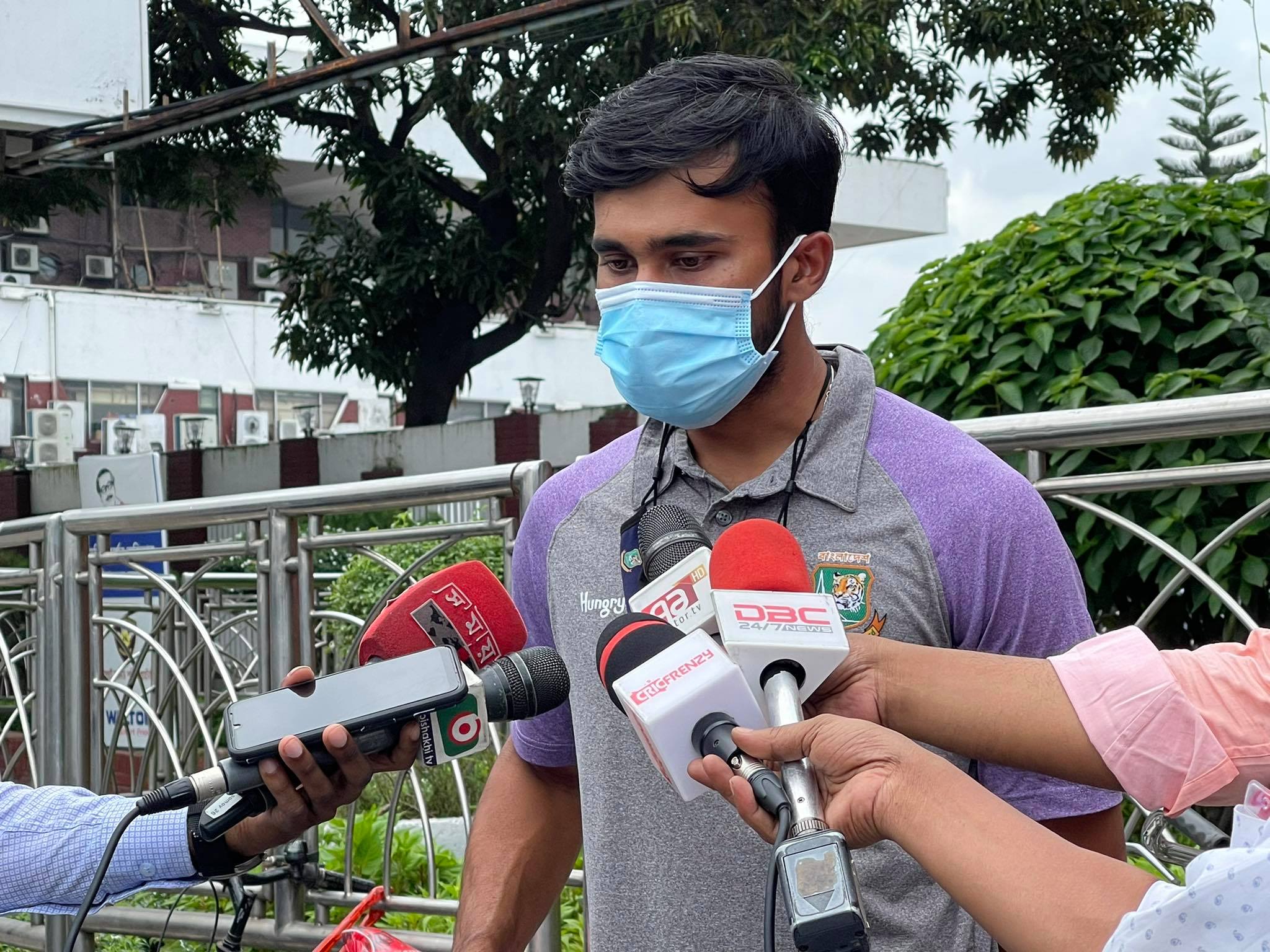 Bangladesh all-rounder Mahmudullah Riyad has made a sudden decision to quit playing Test cricket. After knowing of his retirement in a startling way, Bangladesh Test opener Shadman Islam was more motivated to do well in the Test.

Shadman Islam and five other cricketers returned to the country after a successful series win against Zimbabwe.

Speaking to the media at the airport, Shadman said, "We did not know that the Riyad Bhai would take the decision like this. After he said that, our desire to do well in the match increased. It seemed that the match had to be won for him,”

Mahmudullah, 35, made his Test debut against the West Indies in 2009, kicking off his career in the classic format with a bang. The maiden centurion Shadman and others attempted to make the ending as good as the beginning.

Bangladesh eventually won the match by 220 runs. Mahmudullah was also named player of the match after scoring 150 runs in an undefeated innings.

Regarding Mahmudullah's decision to retire, Shadman said, "I suddenly heard that it was his last Test. Then I got to know before the beginning of the match it's decided that he will not play anymore. What he has done for our team ... so everyone was a little upset for him, the last match has to be played for him anyway,”

Mahmudullah has played 50 Tests and scored 2,914 runs with the bat. He has scored 5 centuries and 16 half centuries in his Test career.

Tags: Shadman Islam
Up Next