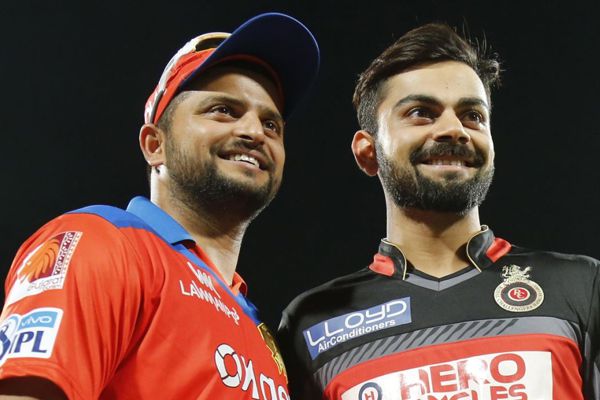 Virat Kohli's future as India captain has been the subject of much speculation following India's loss in the World Test Championship final.

Some believe that Kohli, India's most successful Test captain with 33 victories, should step down to allow the concept of split captaincy to take hold in Indian cricket, while others believe that given his contribution to the team since his appointment, he should continue as its leader across all three formats.

Suresh Raina, a former India batsman, has shared his opinion on Kohli and his captaincy, stating that the skipper should be given more time.

India has come close to winning an ICC Trophy three times under Kohli — the Champions Trophy in 2017, the 2019 World Cup, and most recently, the WTC final – but have failed at the final hurdle each time.

With three consecutive World Cups lined up, Raina is confident that Kohli and India will get their hands on at least one ICC trophy.

"I think he has been the No. 1 captain. His record proves that he has achieved a lot. I think he is the No. 1 batsman in the world. You're talking about an ICC trophy but he hasn't even won an IPL yet. I feel that he needs to be given some time. There are 2-3 World Cups taking place one after the other - two T20 World Cups and then the 50-over World Cup. It's not easy to reach the final - sometimes you miss out on a few things," Raina told News24 Sports.

Having said that, Raina did point out that India lost the WTC final, not due to conditions but because the batsmen could not perform. Despite two entire days getting washed out due to rain, the match ended up producing a winner.

India were bowled out for 170 in their second innings, despite needing to bat for four hours, while New Zealand chased down 139 to win the inaugural World Test Championship. Raina believes the veteran batters could have shown a little more responsibility in this regard.

"The WTC final was one such example. People said it was because of the conditions but I feel there was something lacking in batting. The bigger batsmen will have to stitch partnerships and take responsibilities," he added.