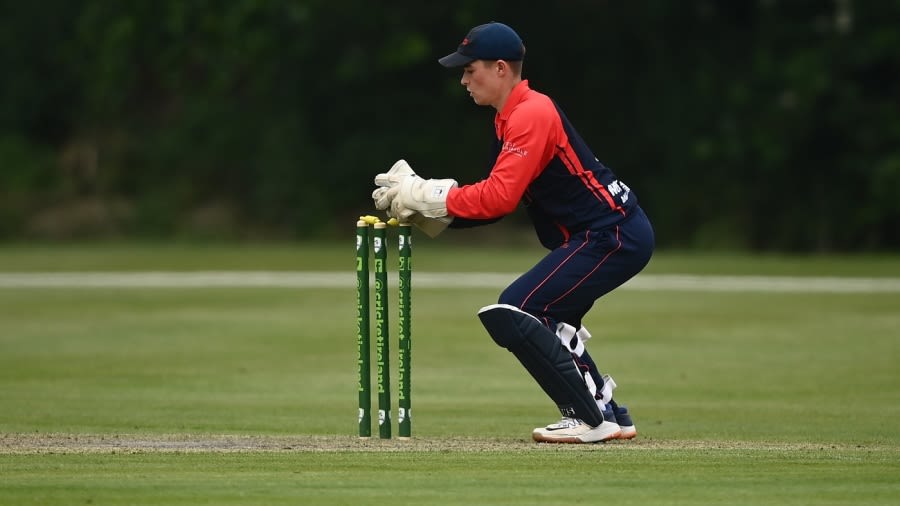 Ireland wicketkeeper-batter Neil Rock has tested positive for Covid-19, he was part of the 15-member T20I squad named for the series against South Africa, which is set to begin with the ODIs in Dublin on Sunday. Stephen Doheny has been called up as a replacement for Rock, Cricket Ireland confirmed on Saturday.

The player has been separated from the team as he undergoes a follow-up examination at the team hotel. According to a statement from Cricket Ireland, one player and one staff person who had contact with Rock will also be tested.

“Team management was informed of the positive result today, and Rock has been isolated from the squad as he awaits a follow-up test at the team hotel. Doheny, meanwhile, will undergo a COVID test this afternoon and - given a negative outcome - will join the squad tomorrow,” Cricket Ireland said in a statement.

Meanwhile, Doheny will undergo a Covid-19 test as well and will join the squad on Monday if given a negative result.

"Due to our biosecurity measures and contact tracing, we are satisfied that we do not have any genuine close contact cases and this should therefore have minimal impact on the squad," said Mark Rausa, Cricket Ireland's Head of Sport Science.

"However, out of an abundance of caution due to the proximity of the series start, we will test one player and one staff member who had confirmed they spent a short amount of time with Neil with correct Covid-safe precautions in place. We expect them to test negative and re-join the squad tomorrow,"

South Africa and Ireland are slated to lock horns in three ODIs and as many T20Is. The ODIs will commence on July 11, 13 and 16 July. The T20I series will start on July 20.