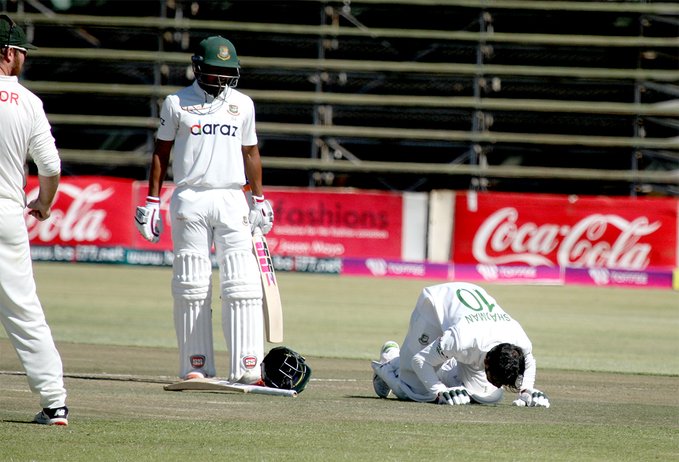 Centuries from Najmul Hasan Shanto and Shadman Islam aided Bangladesh set a massive target of 477 runs for Zimbabwe, who required 337 runs on the final day of the one-off Test in Harare. Following such an outstanding performance, the young batters stated that they had no intention of scoring centuries rather they were focused to play ball to ball.

“We were helping each other while batting, like how should we play or how we can lead. It was positive for us. No one was thinking about the century. We tried to play according to the situation. The main focus was to play ball by ball,” said Shanto.

"Alhamdulillah, both of us got big scores at the end of the day. There was no plan like if Anik Bhai made a hundred so I have to do the same. There was nothing like that. We just focused on the ball and played,” he added.

On the other hand, Shadman who scored his maiden Test century believes Bangladesh will be able to clinch the match early.

“Hopefully, we have put up a great target and we are in a very good condition. If we can bowl tight tomorrow, we will win the match quickly…InnshaAllah,” he said.

“Yesterday I was unbeaten after batting for an hour. Today, I intended to go ball by ball. Thank god I was able to get a century. I'm feeling pleased since the team has benefitted as well, and that helped to deliver a solid target. My teammates and coaches were really supportive of this century. This century is dedicated to my parents,” he added.