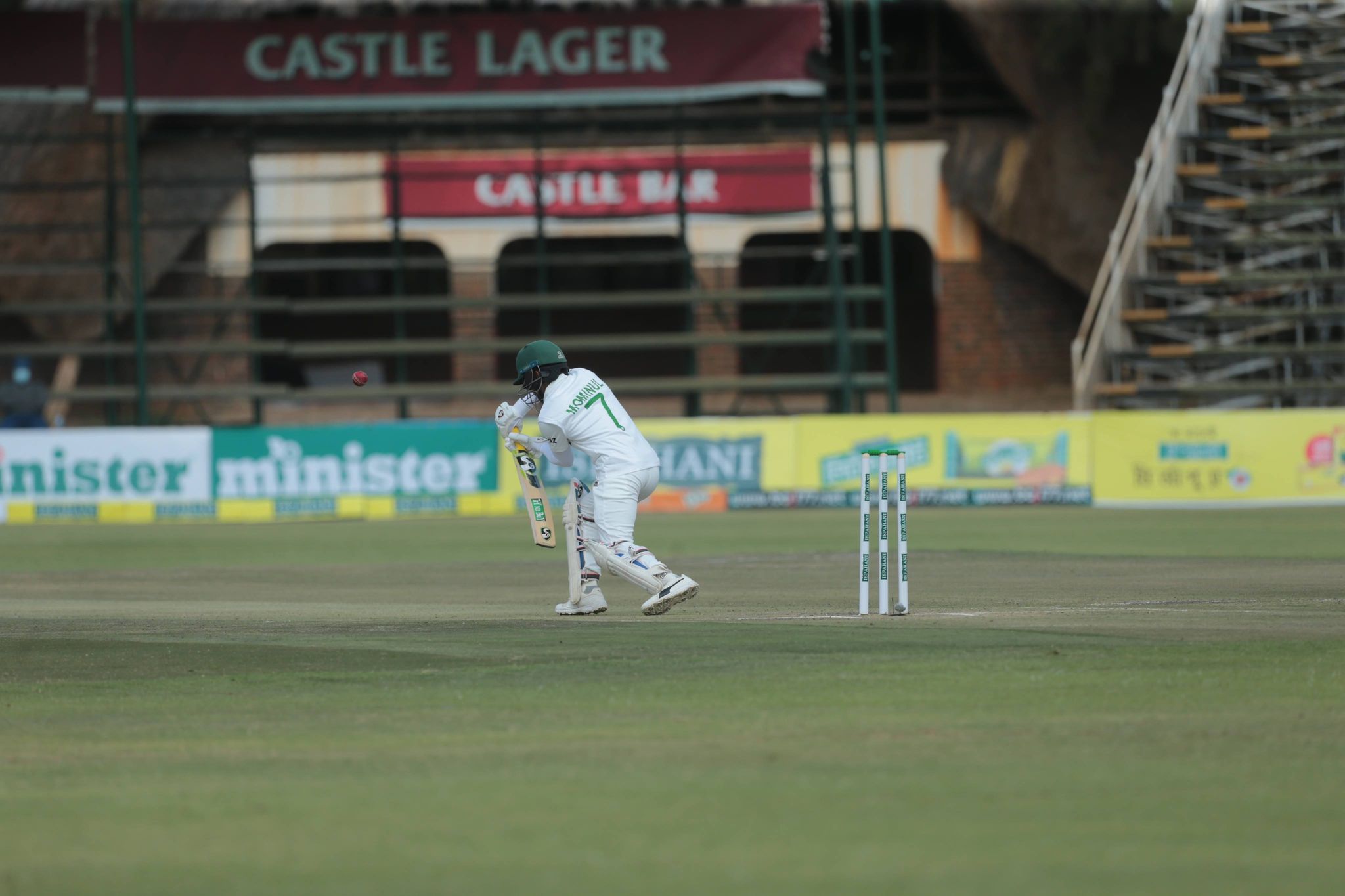 Bangladesh batting consultant Ashwell Prince praised Test captain Mominul Haque for his patience and complimented him for leading the side during the difficult situation in the first Test against Zimbabwe at Harare Sports Club, which has boosted confidence in the dressing room.

Bangladesh was without their star opener Tamim Iqbal due to a knee injury as they were struck early by Blessing Muzarabani and lost two wickets just for 8 runs on board. By Lunch, the Tigers had lost three of their top-order batsmen. Only skipper Mominul Haque, who scored 70 off 92 was able to show some sort of resilience in the middle.

“The way Mominul handled the situation was great. He calmly led the team. His calmness and the position at the crease boosted confidence in the dressing room. It becomes easy for the team to see any batsman in such body language,” Prince said.

Bangladesh were 167-for-six at Tea. The Tiger's day was rescued by a 138-run seventh-wicket partnership between Liton Das and Mahmudullah Riyad, which allowed Bangladesh to finish the day with a score of 294 for eight.

Prince thinks the partnership of Liton and Mahmudullah returned Bangladesh to the match. Although, the wicket was not in favor of the batsmen at the beginning.

“At the end of the day, we have put up very good fight. It was really unfortunate to lose two wickets at the start of the day, but then Shadman-Mominul’s partnership of 60 runs was great. After lunch, we got off to a good start with Mominul and Mushfiqur,”

“Mushfiqur's wicket was unfortunate. Then we lost Shakib quickly. Then we got the great pair of Liton and Mahmudullah. I would say that after losing 2 wickets for 8 runs and 6 wickets for 132 runs, we have returned to the match with a good fight from these two places,” he added.

Prince also talked about Liton’s performance who batted for more than three hours in the first innings. Liton played a magnificent innings of 95 runs, although he could not score a century in the first innings, the batting coach believes that Liton will learn something from here.

"I've been with this team for a week now. I think there are some very talented cricketers in this team. Liton is one of them. He told me that when he is at 30-40, he would lose his focus and give away his wicket easily," said Prince.

He also added, “I told him if you bat for three hours, and if you forget about how many runs or anything else, you will see you are close to a century. Even today when he was batting I was watching the clock. He was at the crease for a little over three hours today, unfortunately, he missed the chance to get close to the century. But he will learn something good from it,”