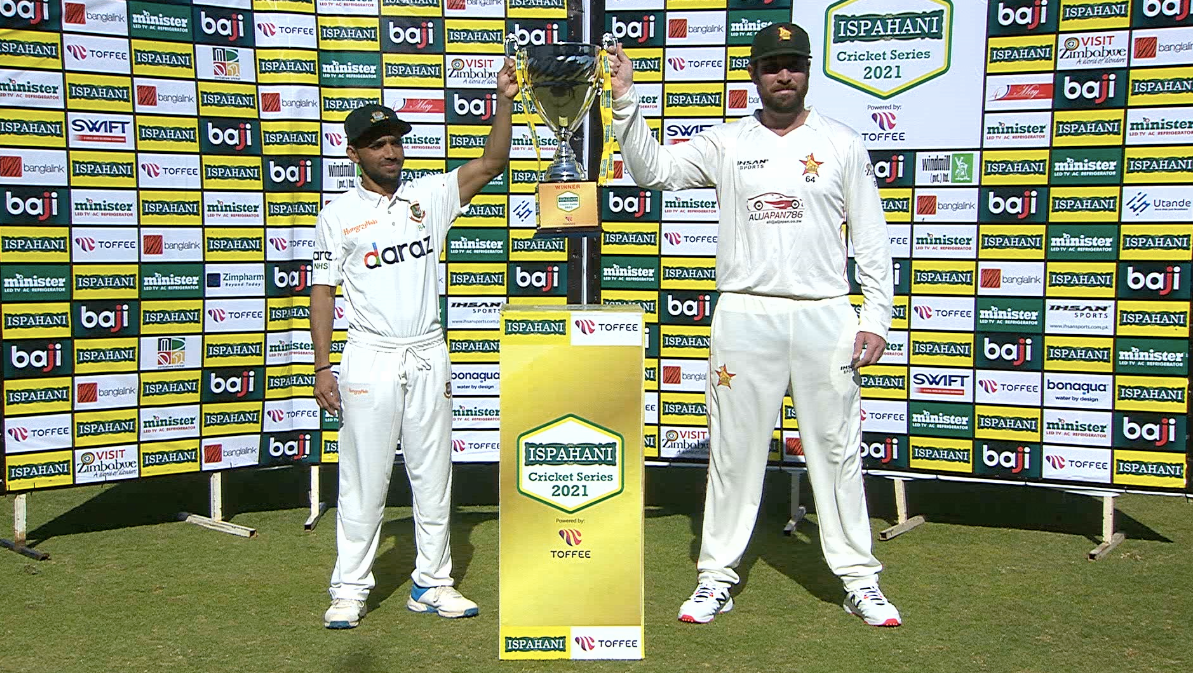 Bangladesh is scheduled to face Zimbabwe in a one-off Test at the Harare Sports Club on Tuesday, with Test captain Mominul Haque stating that they are looking forward to playing all-round cricket to defeat the hosts.

Bangladesh will play in Zimbabwe for the first time in eight years. The Tigers won the last Test, which took place in April 2013, by a large margin of 143 runs.

Bangladesh's captain remarked that the previous outcome or more experienced side will have no influence on the upcoming Test. He admitted Bangladesh will have to play good cricket in all areas to beat the African nation.

“When you are going to play an away Test, you have to play well in every department bowling, batting and fielding. You have to focus well and a good teamwork is the key. If we can ensure all these, I hope to win this match,” Mominul said in the pre-match virtual press conference.

Bangladesh has a history of relying heavily on spinners in Test matches. When the matches are held outside of the home soil, however, the pacers arrive, and the pressure on them increases dramatically. The current batch of Bangladeshi pacers came to the front ahead of another Test in away.

Prior to this tour, Bangladesh players competed in the Bangabandhu Dhaka Premier Division 1Twenty20 Cricket League. So, after a month of T20 cricket, they'll play a Test match. Mominul confirmed that it will have no bearing on their performance.

“I was a bit concerned about it. We marched ahead and the T20s are past now. We have had a few practice sessions here with red ball, and we also played a two-day practice match. I think we are prepared well to play Tests now," the skipper added.

In this Test, Bangladesh might have to play without opener Tamim lqbal's services. A knee injury has been plaguing the left-handed batsman. Even though he batted for five overs in the practice game, he is not fully fit to play tomorrow’s match. Bangladesh's captain stated that they will wait until the very last minute for Tamim.

If Tamim is unable to make the starting XI, Mahmudullah Riyad, who was included late in the Test team, may be given a chance. The Bangladesh captain did not specify whether Mahmudullah will play in the Harare Test.

However, the team has overcome Mushfiqur Rahim's injury concerns, and the right-handed batter is now available for selection after recovering from a hairline fracture sustained during the Bangabandhu Dhaka Premier Division Cricket League T20 last month.

Shakib Al Hasan, on the other hand, is ready to play this Test after missing Bangladesh's last Test against Sri Lanka.