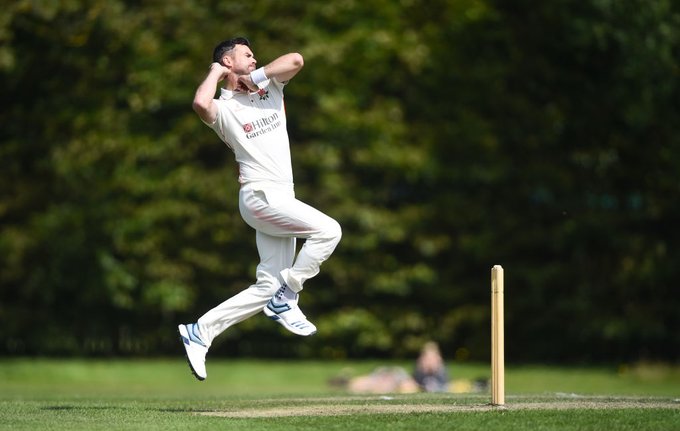 England seamer James Anderson accomplished another milestone in his illustrious career on Monday, as he took his 1,000th first-class wicket for Lancashire against Kent in a County Championship encounter.

Anderson, who turns 39 at the end of the month, surpassed the milestone when he had Heino Kuhn caught behind by Dane Vilas during a brilliant new-ball period.

Anderson took a wicket in each of his first three overs, then added four more in his 7-19 as Kent slumped to 34-8.

Anderson, who has 617 wickets in 162 tests for England at an average of 26.67, is already the most prolific fast bowler in test cricket.

Anderson, who has battled niggling injuries in recent years, is gearing up for a five-match home test series against India beginning Aug. 4, followed by a trip to Australia to recapture the Ashes in December.