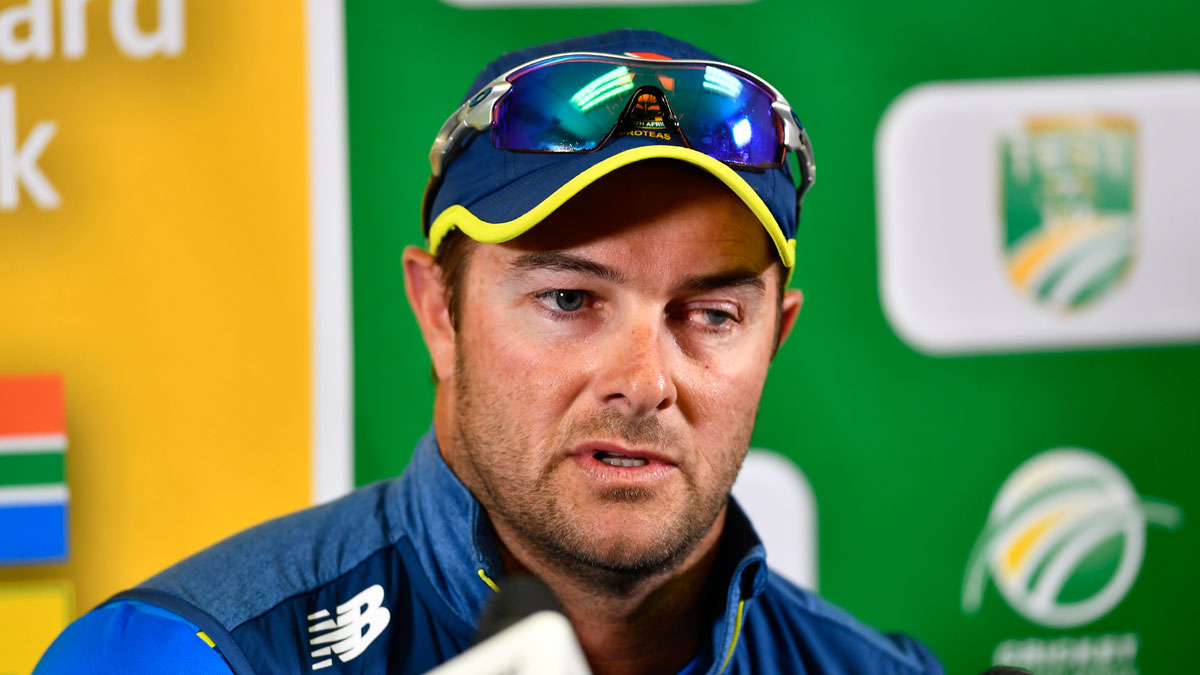 South Africa head coach Mark Boucher believes that the second leg of IPL 2021 will help the teams in preparing for the T20I World Cup, which has been shifted to the UAE. According to him the spinners will play a crucial role in the UAE.

Speaking at a press conference, Boucher said, "We are probably going to be playing in conditions like this in the UAE. The wickets after the IPL are going to be a bit dry. It's not the same as we're used to back in South Africa where you can go out and bash your way to 180 to 200 runs. You've got to be skillful here; you've got to be smart," he said.

"It's going to be tough to bat on especially at the back end, like we saw here. We will have an idea of what scores are going to be by watching the IPL and then taking a look and assess how the wickets are playing during the beginning part of the World Cup. I suspect spinners will play a massive role," said Boucher.

T20 World Cup is slated to begin from October 17 two days after the conclusion of IPL's second leg in the UAE. The BCCI will remain the hosts of the event, which will now be held in Dubai International Stadium, the Sheikh Zayed Stadium in Abu Dhabi, the Sharjah Stadium, and the Oman Cricket Academy Ground.

The upcoming T20 World Cup 2021 is the seventh edition of the tournament which comes five years after the last event was held in India in 2016. As many as 16 teams from across the world will be competing, including Papua New Guinea as the newest qualified nation.

Tags: T20 World Cup
Up Next