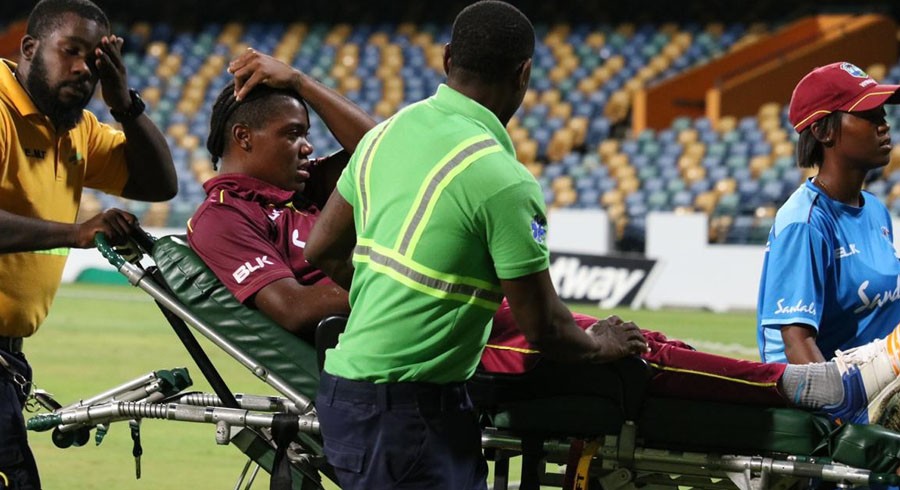 Two West Indies Women cricketers Chinelle Henry and Chedean Nation collapsed on the field during the second T20I against Pakistan Women on Friday [July 2]. While the host won the match by seven runs on DLS after play was halted at the end of the 18th over with the tourists on 103 for six in a chase of 126.

The incident took place in a span of 10 minutes after which the two players were taken to the hospital. The match had to be paused in the fourth over when West Indies player Chinelle Henry collapsed while fielding at mid-off. Later, Chedean Nation also fell ill and both were rushed to a nearby hospital.

“Chinelle Henry and Chedean Nation were taken to hospital for medical attention. Both Henry and Nation are conscious and stable at the hospital and are being assessed,” CWI said in a statement.

Javeria Khan, the Pakistan skipper, also sent in her prayers for Henry and Nation and wished for the duo to play the third T20I on Sunday, July 4 at the Sir Vivian Richards Stadium, North Sound, Antigua.

“The thoughts and prayers of the whole Pakistan team are with Chinelle Henry and Chedean Nation. We wish them a quick recovery and are hopeful that we will play against them in our next match on Sunday,” Khan stated in a statement.

She also lauded the hosts for playing the remainder of the second T20I after the incident. “Such incidents are tragic and can shake whole dressing rooms. Hats off to the West Indies that they turned up and completed the match despite the grave incident,” she added.