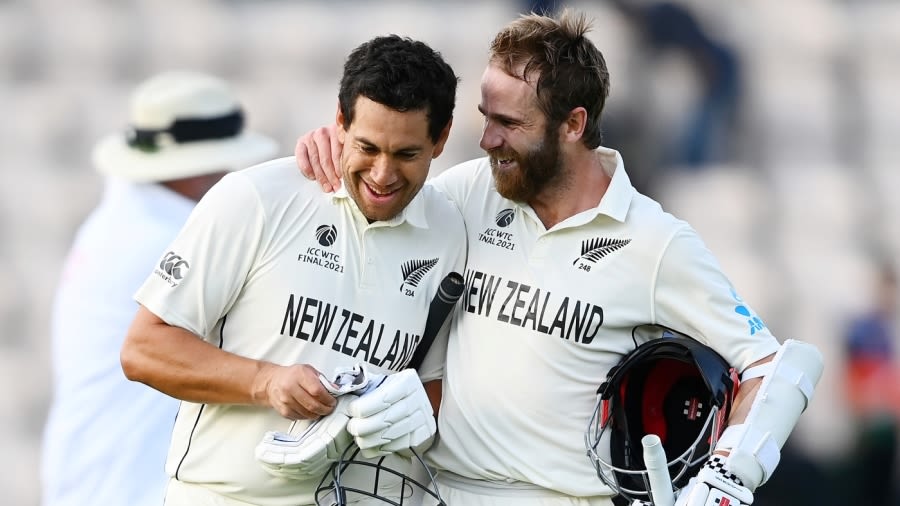 Veteran New Zealand batsman Ross Taylor has said New Zealand's World Test Championship victory, will make up for the 2019 World Cup heartbreak at Lord's, where they lost the final to England.

Taylor said during a virtual media interaction on Wednesday, "I guess at the start of my career, there were a few ups and downs. We played in a few inconsistent sides, but, no, I guess over the last few years, the team has built into a fantastic consistent side and after the heartbreak of the 2019 World Cup, this is definitely the highlight and I think probably makes up for that," said Taylor.

On the sixth day, New Zealand clinched the victory with the boundary from Taylor’s bat. However, he refused to accept it as "his moment," preferring to return to the finish line with his captain Kane Williamson.

“Once the winning runs were hit, walking off with him [Willamson] and the discussions afterwards, it's something that I'll never forget," he said. "It was still touch and go when I went out there to bat; to get through that hard period and Kane's been a fantastic captain and ambassador for the game and our country. And for him to be out there and on that last ball before, he sort of gave me a stare: 'hurry up and finish it' so that he doesn't have to. So it was nice to hit the boundary and celebrate what was a tough match with a lot of hard work over the last two or so years."

Immediately after Taylor hit the winning runs, he embraced Williamson, patted him on his head, and exchanged glove punches, with the New Zealand fans celebrating in the background.

"It was just nice to have been there. But, I think, I've seen the photo a lot. A lot of people have sent it to me and I think the photo of Kane and I come off probably speaks louder than words. The photo says it all, I think. Obviously, we were very happy with what we had achieved but also there was a little bit of relief in there too that we were finally able to get one across the line,”

"After the heartbreak of 2019, it was nice to finally be out there and be there with Kane and go and celebrate it with a lot of guys - BJ [BJ Watling], Boulty [Trent Boult], Tim [Southee], a lot of guys who have been in this team and experienced a lot of highs and lows over a long period of time,” he added.

Tags: Ross Taylor
Up Next