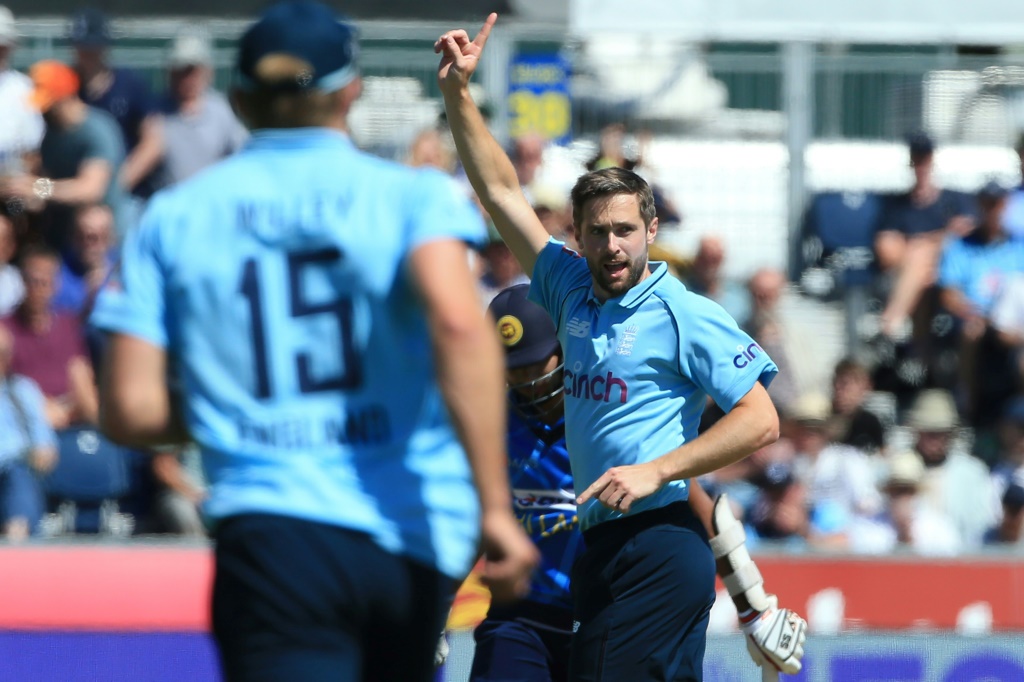 Chris Woakes set up a comfortable five-wicket win finished by Joe Root as England again proved too strong for Sri Lanka in the opening one-day international at the Riverside on Tuesday to go 1-0 up in a three-match series.

Woakes, in only his third international in over nine months, finished with excellent figures of 4-18 from his full 10 overs as 50-over world champions England dismissed Sri Lanka for a meagre 185 at Durham's headquarters.

Root, in his 150th match at this level, then made 79 not out as England cantered home with more than 15 overs to spare after a brief wobble.

Sri Lanka's batting had faltered repeatedly during a preceding 3-0 T20 series loss to England and it was no great surprise to see them dismissed with more than seven overs of their innings left after England captain Eoin Morgan won the toss.

The tourists were missing three senior players after Kusal Mendis, Niroshan Dickwella and Danushka Gunathilaka were all sent home following a breach of team Covid-19 regulations.

Sri Lanka captain Kusal Perera made a valuable 73 for a Sri Lanka side featuring three debutants.

Together with Wanindu Hasaranga (54) he shared a stand of 99.

England, however, took three wickets for 15 runs during the powerplay.

In between those wickets, David Willey had debutant Charith Asalanka out for a duck.

Perera and Hasaranga kept England at bay, the former with stylish top-order and the latter aggressively taking 22 in boundaries off fellow leg-spinner Adil Rashid.

Woakes' return ended the partnership, with Hasaranga holing out in the deep.

That was the start of a collapse that saw seven wickets lost for 40 runs, with left-arm quick Willey removing Perera on his way to 3-44.

The innings ended when Sam Billings ran out Praveen Jayawickrama with a direct hit.

England captain Eoin Morgan and Sam Billings, in a team without Dawid Malan due to personal reasons, both fell cheaply to fast bowler Dushmantha Chameera.

But Sri Lanka, defending such a low total, needed every chance to go to hand if they were to achieve an improbable victory.

Instead wicketkeeper Perera dropped Moeen Ali first ball. Had he clung on, England would have been 80-5 -- by the time Moeen was out for 28 they had all but won the game at 171-5.