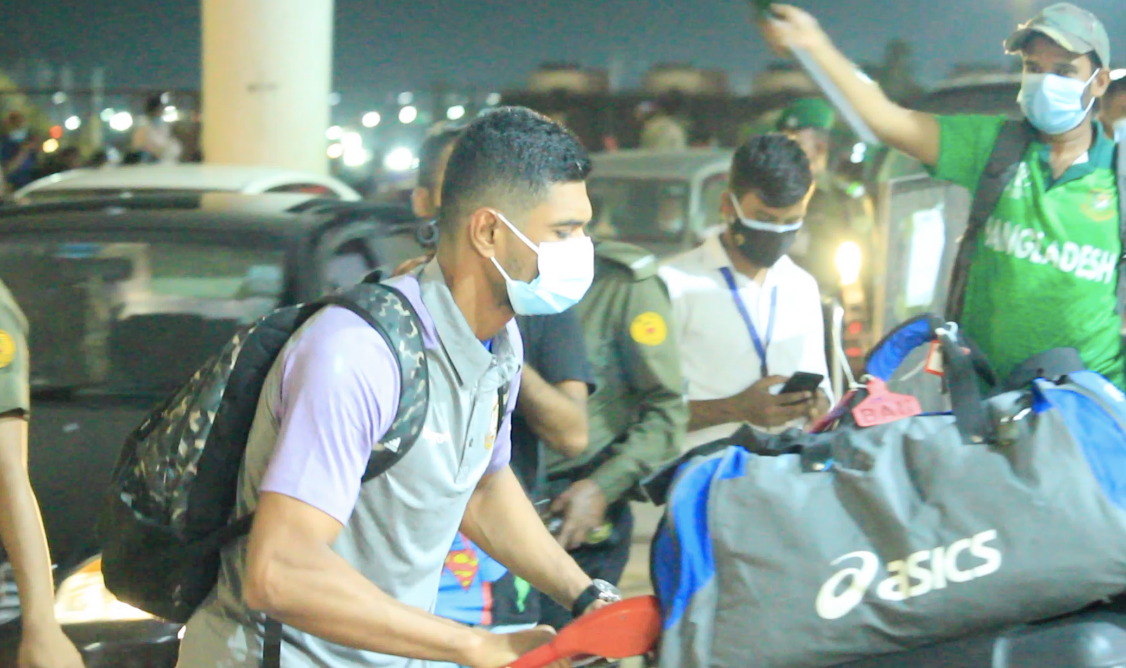 Bangladesh Test team left home to play a one-off test against Zimbabwe on Tuesday [June 27] at 4:25 am from Hazrat Shahjalal International Airport for Zimbabwe via Qatar Airlines.

Following a day of the quarantine, the tourists will begin their preparations with practice sessions at Harare Sports Club, followed by a two-day practice game before the lone Test match on July 7.

The players of the ODI and T20 squad will depart Dhaka next month to play a three-match one-day international series that are a part of the ICC Cricket World Cup Super League and three T20 internationals in Zimbabwe.

Bangladesh experienced all-rounder Mahmudullah Riyad has been included in the Test squad after 16-months. Ace-allrounder Shakib Al Hasan will join the team directly from the USA.