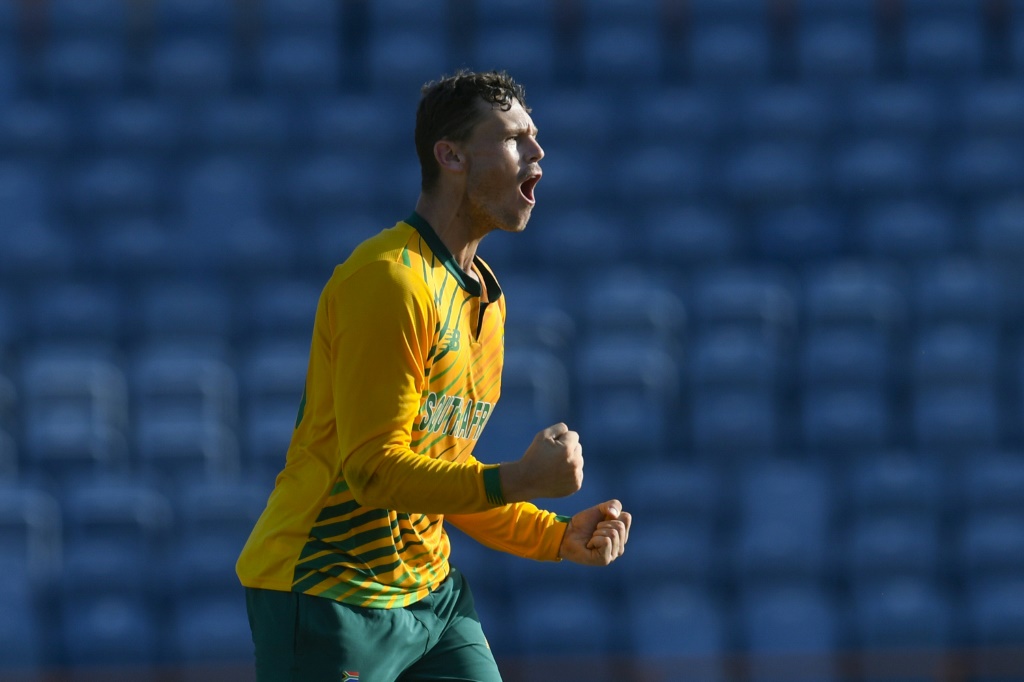 South Africa's spinners starred as they rebounded from a hammering in the first encounter of the five-match T20 International series to defeat the West Indies by 16 runs in the second fixture at the National Cricket Stadium in Grenada on Sunday.

Defending what appeared to be another modest total of 166 for seven, George Linde and Tabraiz Shamsi combined for three vital wickets in eight economical overs to limit the home side to 150 for nine in reply.

It leaves the series locked at 1-1 going into the third match at the same venue on Tuesday.

Opening batsman Andre Fletcher top-scored for the home side with 35 but it was a late assault by Fabian Allen, who smashed five sixes in 34 off just 19 balls, which caused the only anxiety for Temba Bavuma's team.

With 36 required off the final over from Lungi Ngidi, Allen crashed sixes off the first two balls.

However the pacer held his nerve and dismissed the danger man to put smiles back on South African faces after they saw the West Indies top-order power-hitters at their best in the first match a day earlier when they reached a target of 161 with five overs to spare for the loss of only two wickets.

Linde, who earned the man of the match award and dismissed Nicholas Pooran and Andre Russell for final figures of two for 19, said his team's performance in the first match forced them to take a hard look at themselves.

"It was about getting back to basics because we know we could have done a lot better in that first match," said the left-arm orthodox spinner.

"It was surprising for me the amount of spin I was able to get from the pitch today. I have to give a lot of credit to Shamsi. He was outstanding again today for us."

It was their efforts which deprived the Caribbean side's vaunted batting line-up from developing any momentum in the vital middle overs of their innings.

Earlier, Obed McCoy's pace variations proved a handful for the South Africa who faltered after a bright start from openers Reeza Hendricks (42) and Quinton de Kock (26), who raced along at better than ten runs per over before they were separated in the seventh over with the score on 73.

At 95 for one halfway through the innings South Africa were well poised for a total closer to the 200-run mark.

But they could only manage to get another 71 runs in final ten overs despite a top score of 46 from Bavuma.

Off-spinner Kevin Sinclair removed both openers, however it was the impact of McCoy which frustrated the visitors most when they were seeking to press on the accelerator.

Cleverly mixing up the pace of his deliveries, the Vincentian seamer claimed the wicket of the experienced David Miller before adding Henrich Klaasen and Linde to his list of victims to finish with the impressive figures of three for 25 from his four overs.