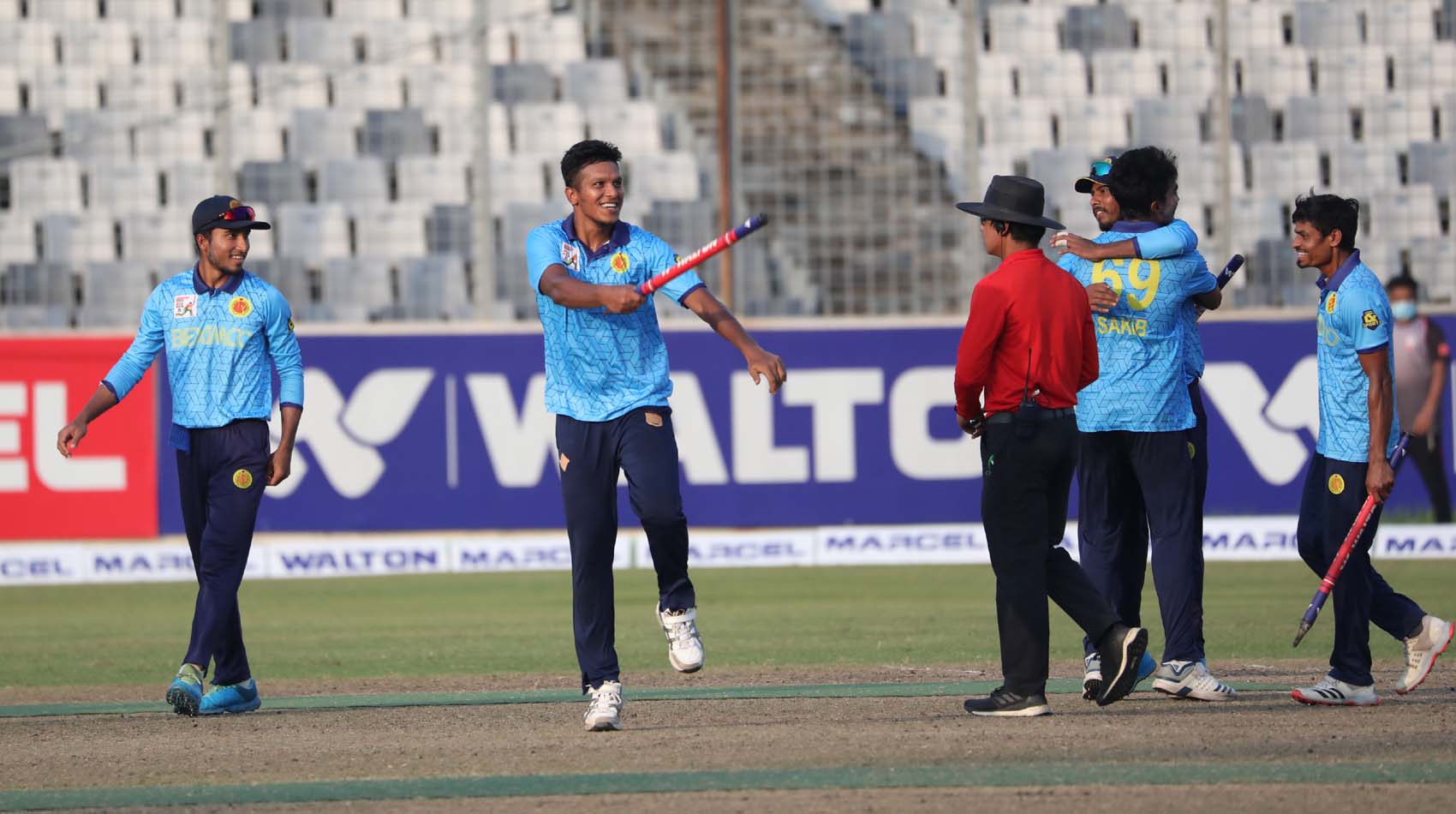 The 24-year-old all-rounder became the best bowler with 26 wickets in 16 matches with a bowling average of 15.80. He scalped four wickets in the final match against Prime Doleshwar and also adjudged as the man of the match.

Fast bowler Kamrul Islam Rabbi obtained the second position, who earned 25 wickets participating in 17 matches for Prime Doleshwar. Another fast bowler of the Bangladesh national team Shoriful Islam is at number three with 22 wickets in 16 matches for Prime Bank, which finished second in the points table.

The first century of this year's DPL came from Mizanur’s bat, he struck 13 boundaries and three sixes against Sheikh Jamal Dhanmondi Club to score his hundred. Despite missing Super League matches Mizanur scored 408 runs in 11 matches.

Under-19 World Cup-winning batsman Mahmudul Hasan Joy ranked second in the list of highest run-getters for Old DOHS, having scored 392 runs in 13 matches.

Sheikh Jamal Dhanmondi Club wicketkeeper-batsman, Nurul Hasan Sohan has been ranked the third, who scored 369 runs in 16 matches. Mominul Haque and Naeem Sheikh are in fourth and fifth place in the list.