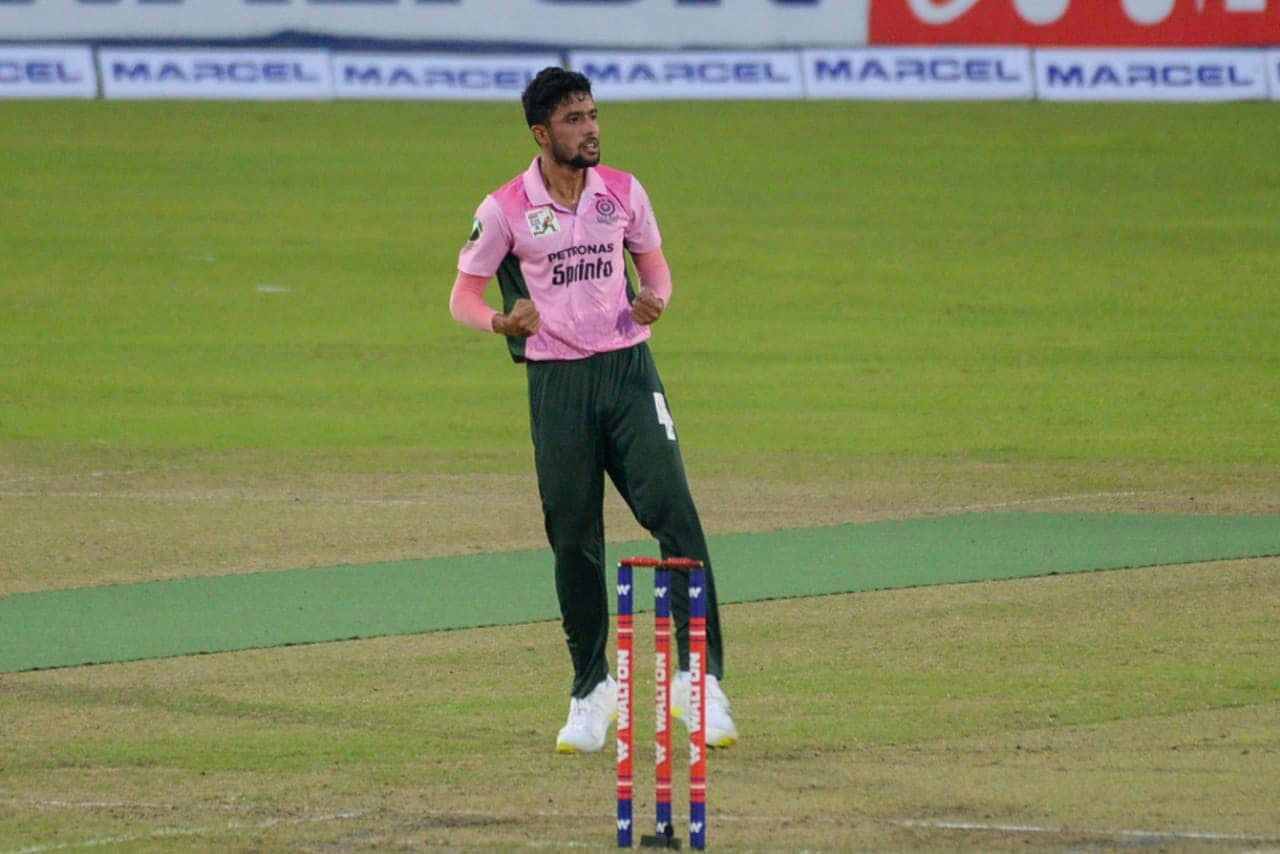 The match was reduced to 13 overs due to rain, and the target was set at 107 runs. Chasing the target, Prime Doleshwar managed to score 81 runs losing all wickets. Ruyel adjudged as the man of the match as he bowled 2.4 overs and took five wickets for 21 runs, while Yeasin bowled three overs and took four wickets for 11 runs.

Earlier, Mohammedan won the toss and chose to bat first, and despite the early wicket of Avishek Mitra (3), the batters Parvez Hossain Emon and Shakil Hossain put on a 32-run partnership for the side.

However, Emon returned scoring 26 runs off 21 balls with a catch off Enamul Haque. Then Shakil also departed on 18 runs.

After the wicket of Emon, Mohammedan lost three wickets within 19 runs. Skipper Shuvagata Hom’s cameo innings of 23 off 8 deliveries aided the side to cross three digits. Mohammedan collected 103 runs losing five wickets in the allotted 13 overs.