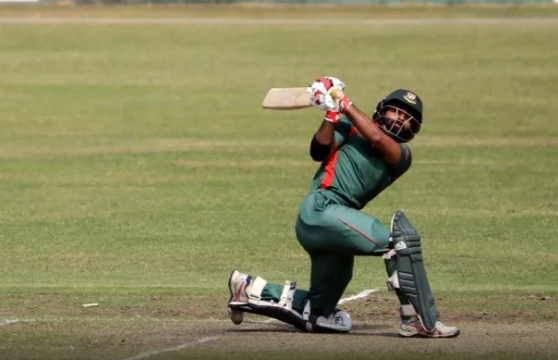 Shamim Hossain Patwari, who won the Under-19 World Cup, has been named for the first time in the T20 squad for Bangladesh's upcoming tour of Zimbabwe.

In a video message, the young all-rounder said he wanted to be a finisher for the national team, while spin bowling also will be his priority.

“There is no words. I am very happy to be called up for the national team. My goal was to play well. And I knew that opportunity would come if I played well. I think I am very lucky. Besides, I have a lot of time to do well” said Shamim.

Prime Doleshwar’s Shamim said he first got the news of getting a place in the national team from his team coaches. Later, Shahriar Nafees, deputy chairman of the Bangladesh Cricket Board's (BCB) cricket steering committee gave him details.

“I first heard from my sirs. Then Shahriar Nafees bhai told me. I told my parents first. Whenever or wherever I get the chance in the national team, the role will be as finisher. This will be my main job. Bowling and fielding part will be there too” he added.