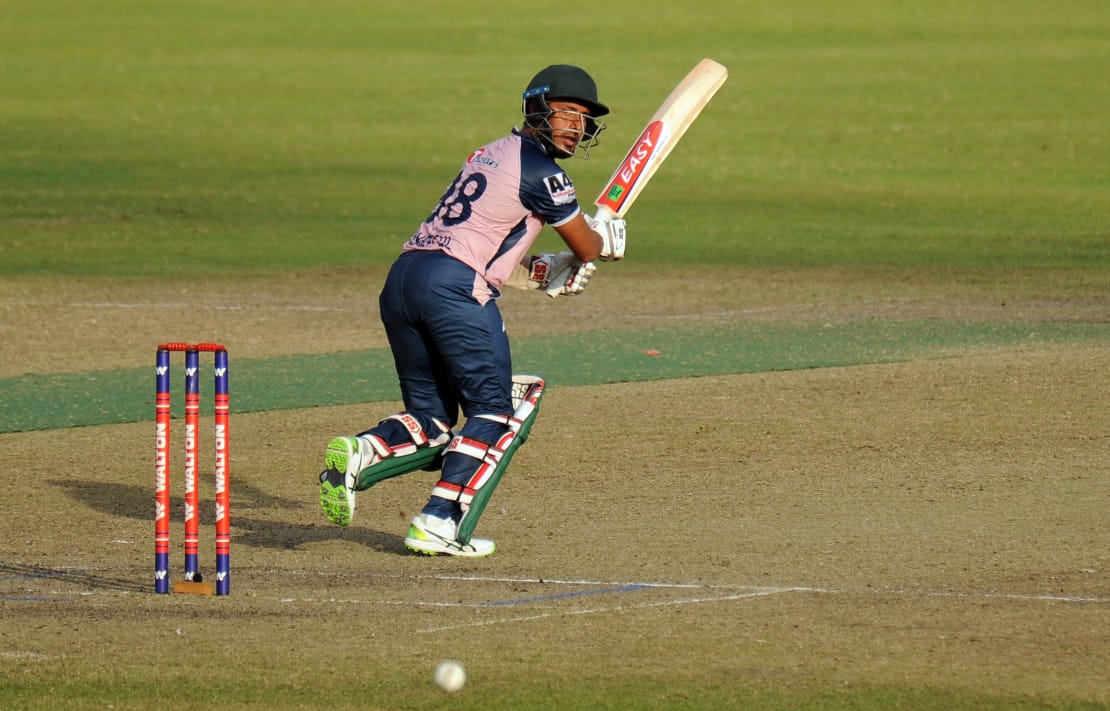 Sk. Jamal could not make a good start as top-order Shykat Ali (2) and Imrul Kayes (3) returned early. Then Ashraful and Nasir Hossain took control of the early push as they made a 69-run stand.   Nasir played an innings of 36 runs off 22 balls, struck four boundaries and two sixes.

Then Nurul Hasan (36) came to the crease to join Ashraful, they added 60 runs for the fourth wicket.  Nurul scored 36 off 22 balls and Ashraful smashed 72 runs off 48 balls including eight boundaries and two sixes.

Ziaur’s cameo of 22 off 9 balls guided the side to chase the target with 9 balls in hand. Mohammad Saifuddin, Arafat Sunny and Tanzim Hasan Sakib took one wicket each.

Earlier, Abahani opted to bat first, scored 173 runs losing seven wickets in 20 overs. Despite the early wicket of Munim Shahriar for naught, Mohammad Naim (42) and Liton Das (70) put up a partnership of 69 runs for the second wicket.

Naim was out for 42 runs off 28 balls, smashed 6 fours, while Liton Das played a knock of 70 runs off 51 balls including eight boundaries and a six.

Then, Mosaddek Hossain (16) and Afif Hossain (19) played short innings, apart from them no other batter could reach the double-figure.