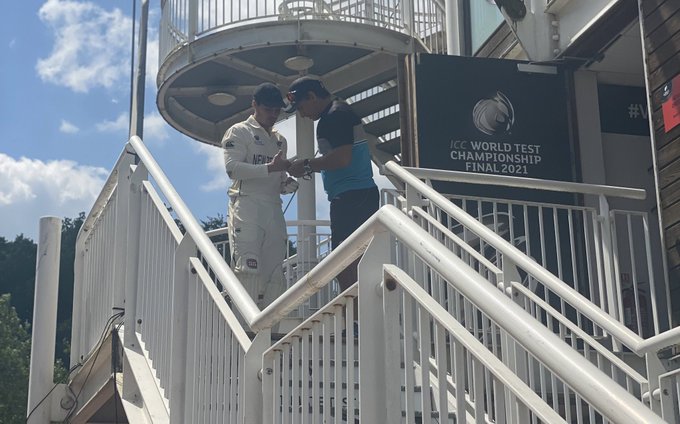 During the 53rd over of India's batting on the sixth day of the World Test Championship (WTC) Final, New Zealand wicketkeeper-batsman BJ Watling dislocated his finger while catching a throw from Kane Williamson.

Watling, on the other hand, did not return to the field after lunch. Despite his injury, the New Zealand wicketkeeper-batsman is playing in his final international match and has decided to keep playing.

"BJ Watling dislocated his right ring finger in the first session and has received medical treatment during the lunch break before returning to the field. #WTC21," the official account of New Zealand cricket wrote on Twitter.

Meanwhile, Rishabh Pant adopted a cavalier approach while the big batting stars bungled as India reached 130 for five at lunch on the reserve day of the final against New Zealand.

India would like to bat at least one hour in the post lunch session which might make it difficult for New Zealand to chase a target of around 150 in three hours.