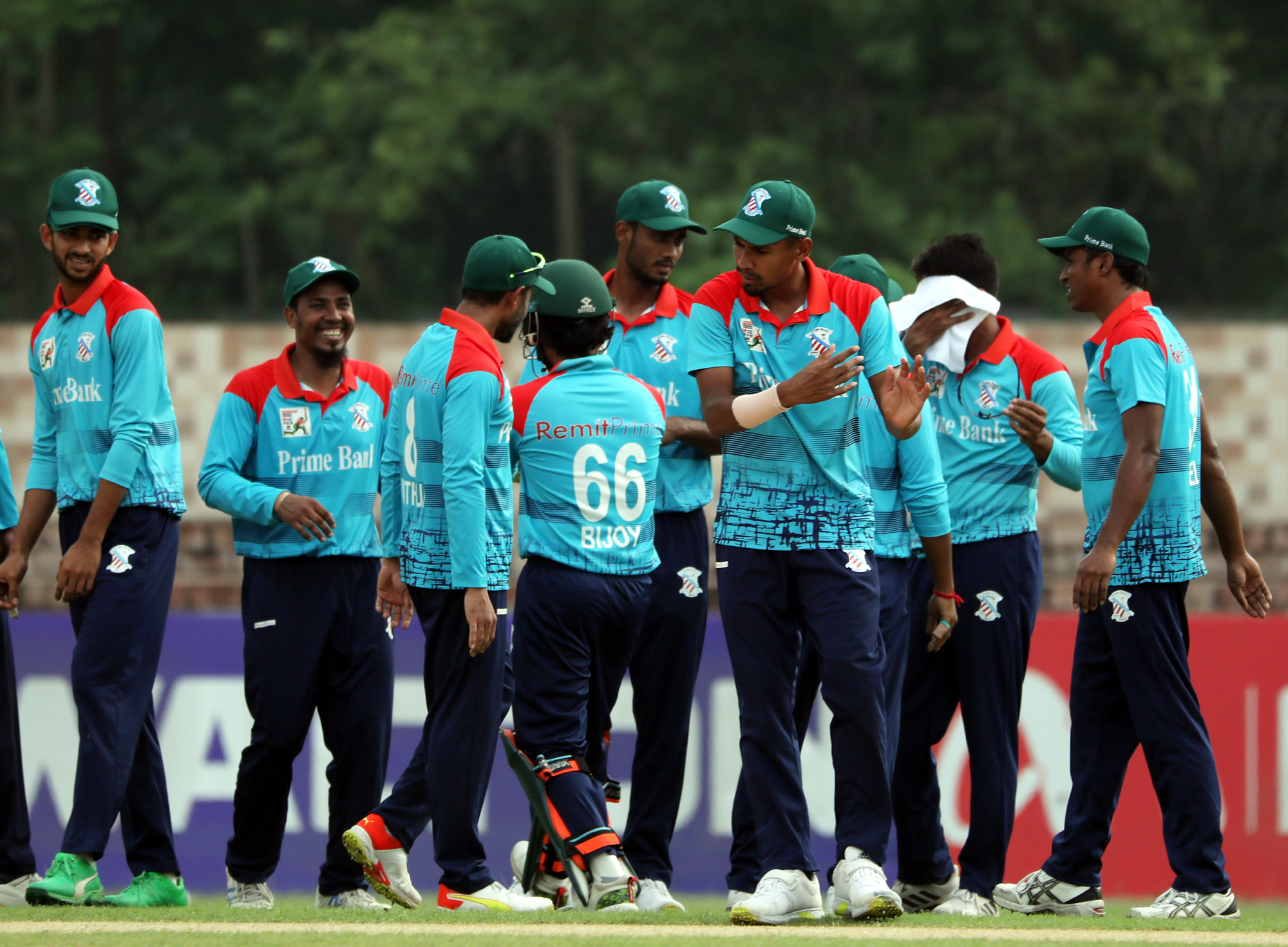 Despite regular fall of wickets, Prime Bank chased down the target of 126 runs losing eight wickets and one ball in hand. Prime Bank lost five wickets within 51 runs. Then Nayeem Hasan and Nahidul Islam made a 36-run partnership, however, Nayeem departed with 16 runs. Then, Nahidul was returned by Mahmudullah, who scored 39 runs.

Alok Kapali played an unbeaten inning of 21 runs off 15 balls, which propelled the side to seal the victory. Mahedi Hasan, Nasum Ahmed, and Mominul Haque took two wickets each while Mahmudullah got one wicket.

Then Ariful Haque played an innings of 31 runs and Akbar Ali made 24 runs before getting out. Alok Kapali took three wickets while Shoriful Islam picked up a couple of wickets for Prime Bank.