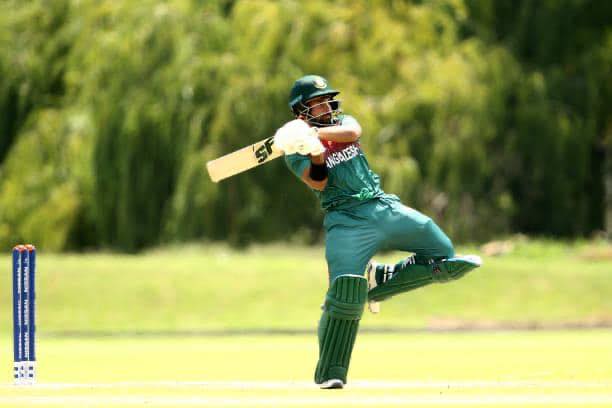 Bangladesh Cricket Board (BCB) has announced an entire squad for the upcoming Zimbabwe series for a month-long tour involves a three-match one-day international series, which is part of the ICC Men’s Cricket World Cup Super League. The tour also comprises one Test match and three T20I games.

BCB named 17-men squad for Test and ODI matches, while 16-men for the T20Is. U-19 World Cup winner Shamim Hossain Patwari got maiden call up for the T20I series as Nurul Hasan Sohan has returned in all three formats against the African nation.

Despite performing regularly in domestic cricket, Nurul did not play Tests after 2018. The right-handed wicket-keeper batsman last played for the national team in 50-over cricket against New Zealand in 2016. And he was not in the T20 team after the 2018 Nidahas Trophy.

So far in the ongoing DPL, Shamim has scored 181 runs in 14 matches at a strike rate of 149.58, while he also spread light with the ball. He performed well as a finisher at Bangabandhu T20 and against Ireland Wolves too.

Left-handed batter Soumya Sarkar has been left out of the ODI squad. But he features in the 16-man T20 squad. Middle-order batter Mohammad Mithun has been cut from the Test squad but retained his place in the ODI squad. All-rounder Mahedi Hasan has also been excluded from the ODI side.

However, Bangladesh wicket-keeper batsman Mushfiqur Rahim has opted out earlier of the three-match T20 series, all-rounder Shakib Al Hasan back in the Test squad after he missed out on two Test matches against Sri Lanka.

Bangladesh will travel to Zimbabwe later this month.