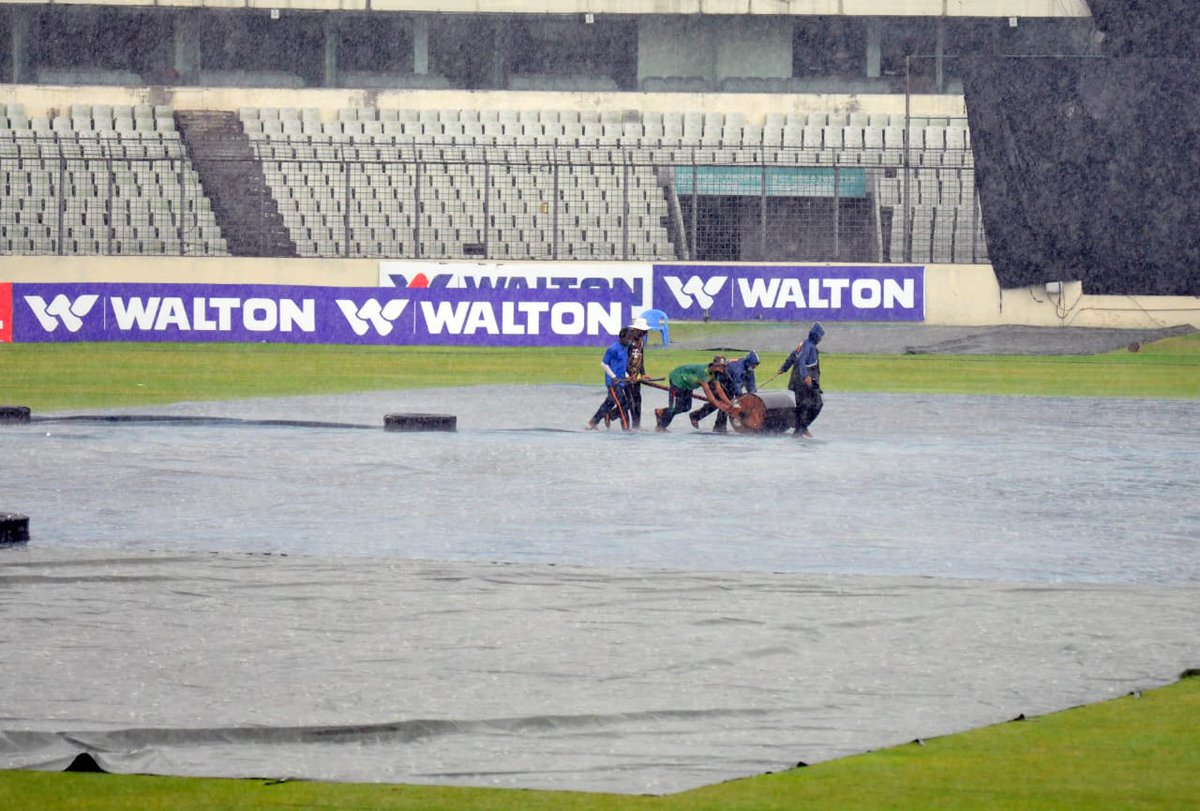 The first Super League match of Dhaka Premier League (DPL) has been abandoned due to heavy rain and the remaining two matches have been postponed on Saturday [June 19].

The Super League match between Prime Doleshwar and Gazi Group Cricketer at the Sher-e Bangla National Stadium was declared abandoned after 1.3 overs of the game.

The other two matches between Prime Bank and Sheikh Jamal Dhanmondi Club and the high-voltage match of Abahani Limited and Mohammedan were announced to be postponed by the officials.

The Cricket Committee of Dhaka Metropolis (CCDM) will hold a meeting on Saturday to decide when the two postponed matches will be played. CCDM member secretary Ali Hossain confirmed to Cricfrenzy.

"It has not been decided yet whether there will be a transfer shift. The CCDM has a meeting in the evening to decide when the postponed match will take place,” he added.

Meanwhile, the Relegation League match between Rupganj and Partex sporting club had been abandoned due to immense rain at BKSP-3 Ground, Savar.