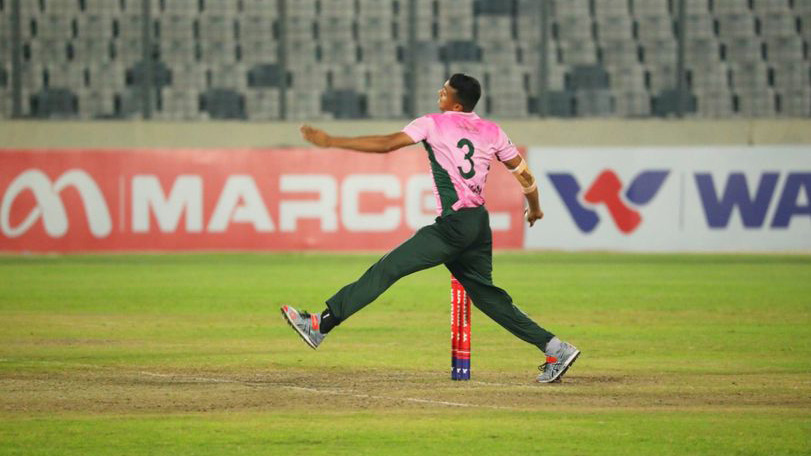 Mohammedan Sporting Club pacer Taskin Ahmed has been ruled out from the remainder of Dhaka Premier League (DPL) due to hand injury, as a result, he is set to miss the Super League of DPL. Mohammedan manager Sajjad Ahmed Shipon has confirmed Taskin's injury to Cricfrenzy on Friday [June 18].

26-year-old fast bowler Taskin injured his hand while fielding against the Khelaghar Samaj Kallyan Samity last Wednesday on [June 16]. That is why he did not play against Gazi Group Cricketers in the last match of the group stage.

"Taskin got injured in his hand on June 16 while fielding against Khelaghar. He has 5-6 stitches on his hand. That is why he did not play in the match against Gazi Group yesterday,” the Mohammedan manager said.

"He will not be able to play for 7 days. As such, we are not getting him (Taskin) in the Super League. Hopefully, he will get well soon. And even if he recovers, we will not take the risk as we have the Zimbabwe tour ahead,” he added.

Taskin played 8 matches for Mohammedan in this edition of DPL. He took 10 wickets at an average of 13.80 and an economy of 7.07.

Tags: DPL, Taskin Ahmed,
Up Next