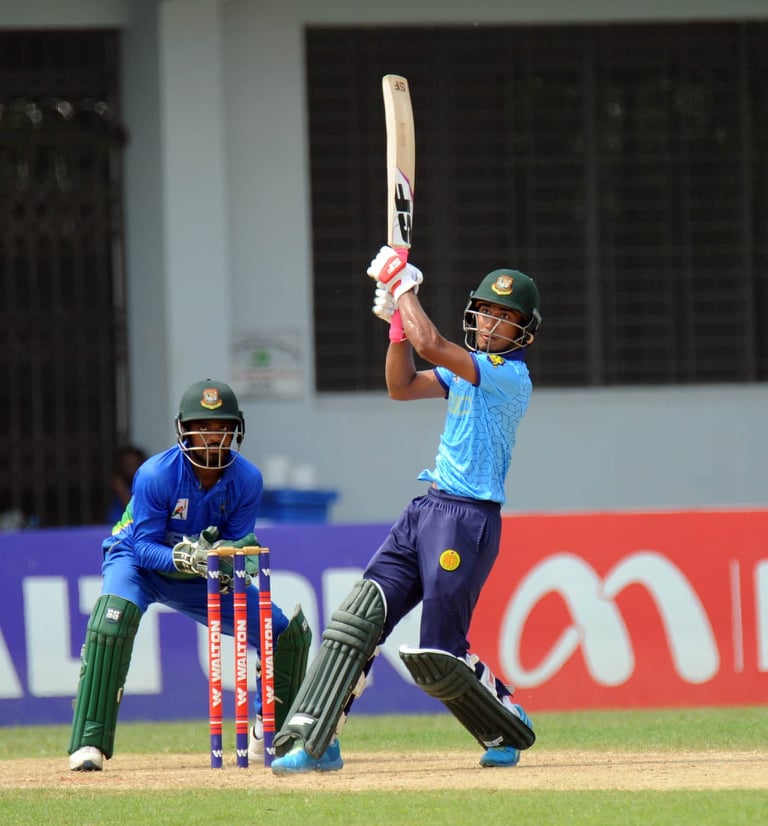 Swashbuckling Naim played a cameo inning of 39 runs off 19 balls, struck two fours and two sixes with Mohammad Saifuddin (14), they remained unbeaten to take the team to the port of victory.

Earlier, winning the toss Rupganj batted first, scored 162 runs losing 5 wickets in 18 overs. Jaker Ali got off to a good start with Sabbir Rahman, putting a 69-run stand for the second wicket.

Naeem Islam (16) and Muktar Ali (14) remained unbeaten on the pitch after the game was called off due to rain. Mehedi Hasan Rana took three wickets while Mohammad Saifuddin picked up two for Abahani.