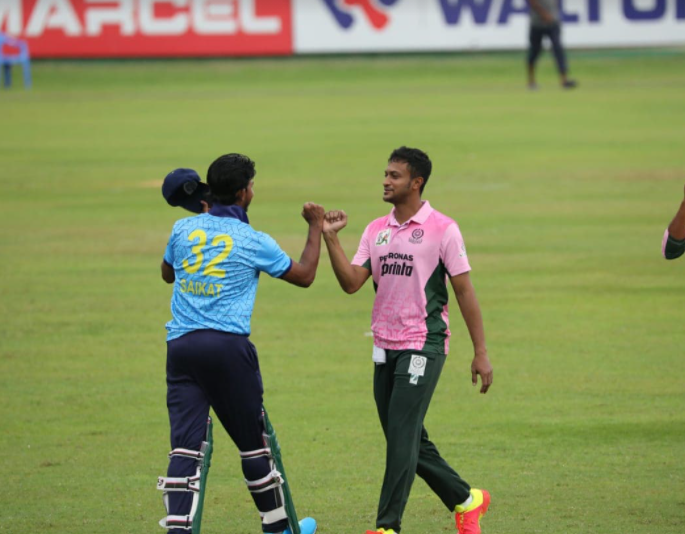 Bangladesh ace all-rounder Shakib Al Hasan has come in the spotlight again due to his poor behavior during the ongoing Dhaka Premier League. On Friday, he was seen shouting at the on-field umpire and thrown away stumps. He also clashed with the opposing team's coach, Khaled Mahmud, who is also the director of the Bangladesh Cricket Board (BCB).

Following the game, Kazi Inam Ahmed, the chairman of the Cricket Committee of Dhaka Metropolis (CCDM) stated that he expected the umpires to submit their report by the end of the day (Friday). The decision on what action to take will most likely be made late Friday or early Saturday.

"We saw there was a lot of excitement in this Abahani-Mohammedan game, and there were some incidents involving Shakib Al Hasan. It was streamed live on Facebook and YouTube, so I am sure all of you saw it. It is unfortunate. We expect players to keep their emotions under control even in the heated moments in cricket. This is not the example we want to see from Bangladesh's professional, international players,” said Inam.

"Like international matches, we also have a playing-control team, which consists of the match referee and umpires. We expect their report by tonight. The rules are in place, so whatever comes [out], we will act accordingly," he added.

The incident took place during the he the fifth over, as Shakib appealed for a (LBW) against Mushfiqur Rahim but the umpire Imran Parvez showed no interest. He kicked the stumps at the non-strikers' end, as well as shouted at the umpire.

On the second occasion at the sixth over, he was seen uprooting the stumps after umpires decided to stop the match due to rain with only one ball left to complete the 6th over which could’ve completed the game.