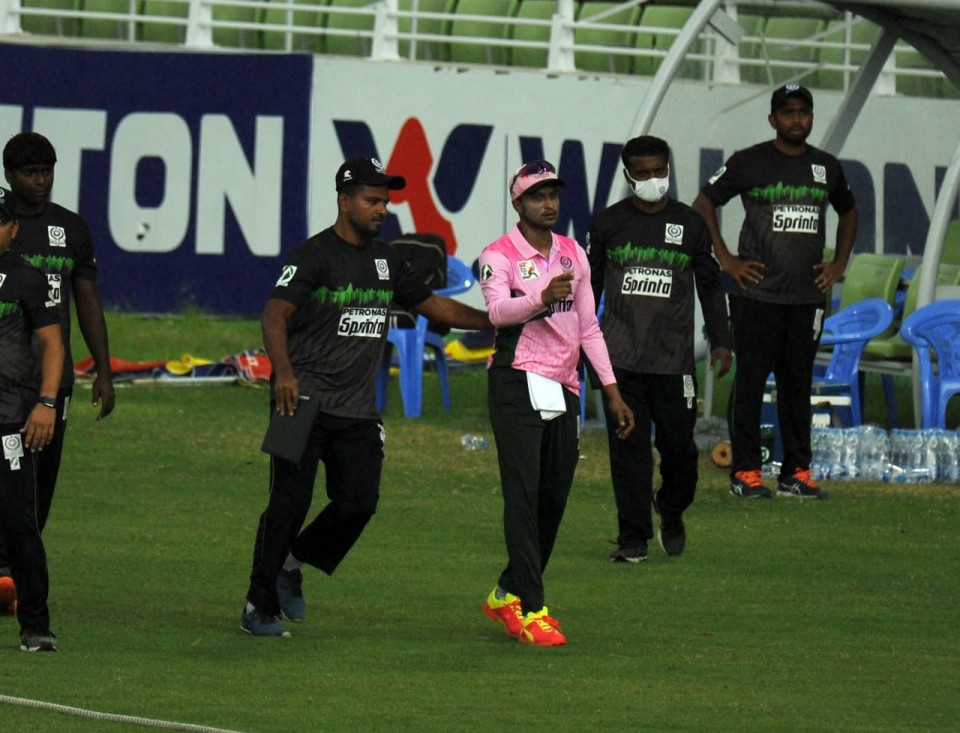 During the ongoing match between Abahani limited and Mohammedan, Shakib lost his cool and screamed at the on-field umpire as he appealed for a (LBW) against Mushfiqur Rahim in the fifth over, but the umpire Imran Parvez showed no interest.

He kicked the stumps at the non-strikers' end, as well as shouted at the umpire. However, he apologized for the misbehaviour on his Facebook handle.

At the sixth over, the rain became more intense, prompting the umpire to order the groundsmen to put in the covers. Abahani had batted 5.5 overs until that point. Shakib then once again dissatisfied with the umpire's ruling and got into an altercation with him. Shakib then threw the stumps before the game was called due to rain.

"Dear fans and followers, I am extremely sorry for losing my temper and ruining the match for everyone and especially those who are watching from home. An experienced player like me should not have reacted that way but sometimes against all odds it happens unfortunately. I apologise to the teams, management, tournament officials and organizing committee for this human error. Hopefully, I won't be repeating this again in the future. Thanks and love you all," Shakib posted on Facebook.

Shakib was also seen arguing with Abahani coach Khaled Mahmud Sujan in Abahani's dressing room. The heat also spread in the Abahani dressing room, which was visible in the dugout.