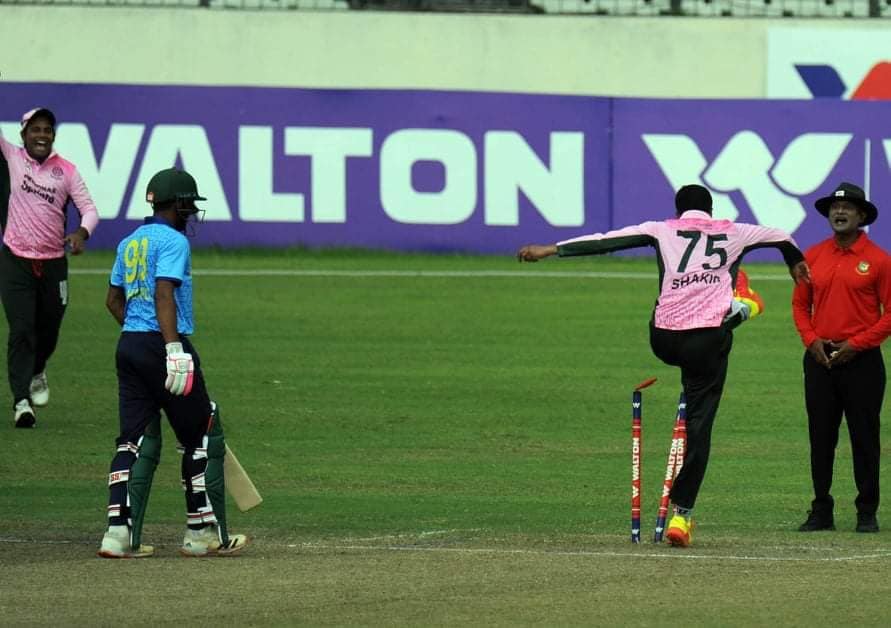 An enraged Mohammedan skipper Shakib Al Hasan gave birth to a new controversy in the Dhaka Premier League after he and his club were under investigation for breaking the league's bio-bubble during practice. BCB and CCDM have warned both team and him, but the poster boy of Bangladesh has released another debate.

Shakib lost his cool and screamed at the on-field umpire during the ongoing DPL match between Abahani and Mohammedan on Friday in Mirpur.

Shakib appealed for a leg before wicket (LBW) against Mushfiqur Rahim in the fifth over but the umpire Imran Parvez didn't show any interest. Shakib was certain it was out and kicked the stumps at the non-strikers' end in frustration, also shouted towards the umpire.

At the sixth over, the rain became more intense, prompting the umpire to order the groundsmen to put in the covers. Abahani had batted 5.5 overs until that point.

Shakib was once again dissatisfied with the umpire's ruling and got into an altercation with him. Shakib then threw the stumps before the game was called due to rain. After that, Shakib was seen arguing with Abahani coach Khaled Mahmud Sujan in Abahani's dressing room. The heat also spread in the Abahani dressing room, which was visible in the dugout.