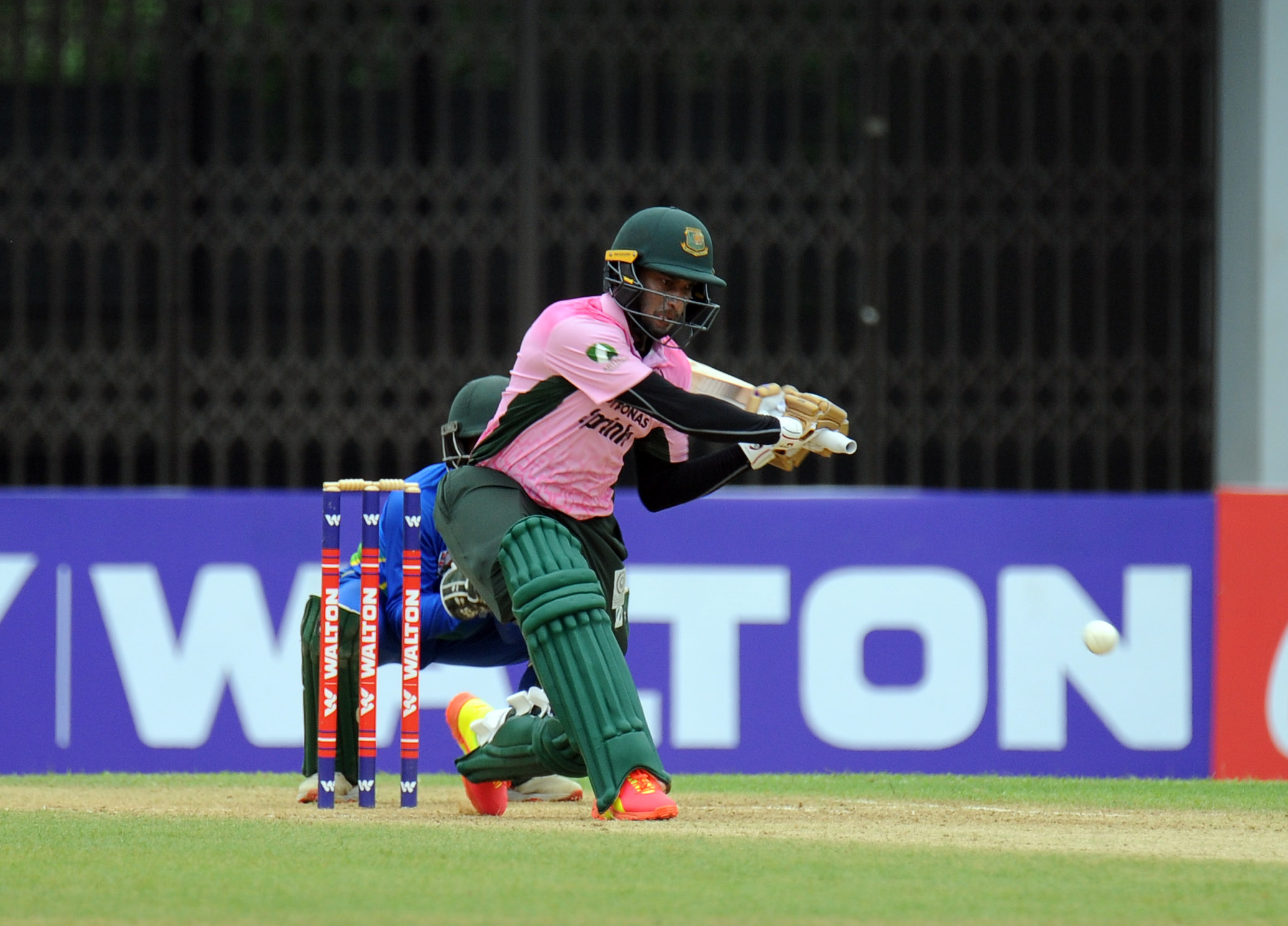 Rupganj chased down the mediocre target of 114 runs by Mohammedan losing only one wicket with 11 balls in hand. The openers Pinak and Mehedi Maruf made a decent start for the side, putting 89-run in the opening stand.

Mahmudul Hasan broke the pair by returning Maruf, who scored 41 runs off 46 balls with 6 fours. Then, Sabbir Rahman came to the crease to help Pinak hit his fifty. They took the team to the port of the victory being unbeaten on the pitch. Pinak faced 51 ball to make 51 runs, by strucking 5 fours and Sabbir scored 14 runs. Shakib remain wicketless after bowling 3.1 overs for 17 runs.

Earlier, Mohammedan elected to bat first winning the toss, they have scored 113 runs losing nine wickets in 20 overs. The top-order failed to provide a good start as six batsmen had to return to the dressing room scoring 29 runs on the scoreboard.

Mahmudul Hasan, Nadif Chowdhury and skipper Shakib all were returned for a naught. Then Shamsur (5) and Parvez Hossain Emon (10) also failed with the bat.  Last match hero Irfan Sukkur scored 9 runs before his departure.

Shuvagata Hom’s fifty went for vain but also saved Mohammedan from scoring a very low score. He scored 52 runs off 32 balls including 1 four and 5 sixes. For Rupganj Sohag Gazi, Mohammad Shahid, Naeem Islam and Qazi Onik all took two wickets each while Mukhtar Ali got one wicket.