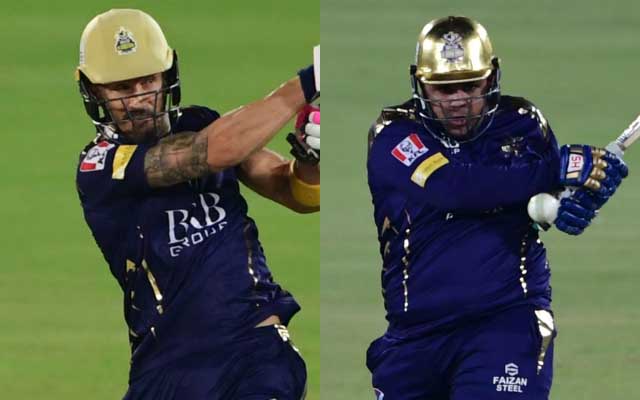 Azam Khan received his maiden Pakistan call-up on Friday after losing 30 kilos (66 pounds) to qualify for tours to England and the West Indies.

While speaking during a press conference, on Sunday, ahead of the remaining PSL, Du Plessis said “You don't have to have a six-pack to be successful,”

Du Plessis also said that Azam will be keen on putting up a good show in the remaining matches of PSL.

“Azam Khan is a good hitter. I haven’t seen much of him since I have just played a couple of games. I think he got that one fifty there towards the end of the competition. He has definitely got a lot of power and he takes the ball on. It will be interesting to keep an eye on him to see what he does in this last leg of the tournament. He will be very driven to do well in this last leg,” he said.

The remainder of PSL will begin June 9 and conclude with the final on June 24.