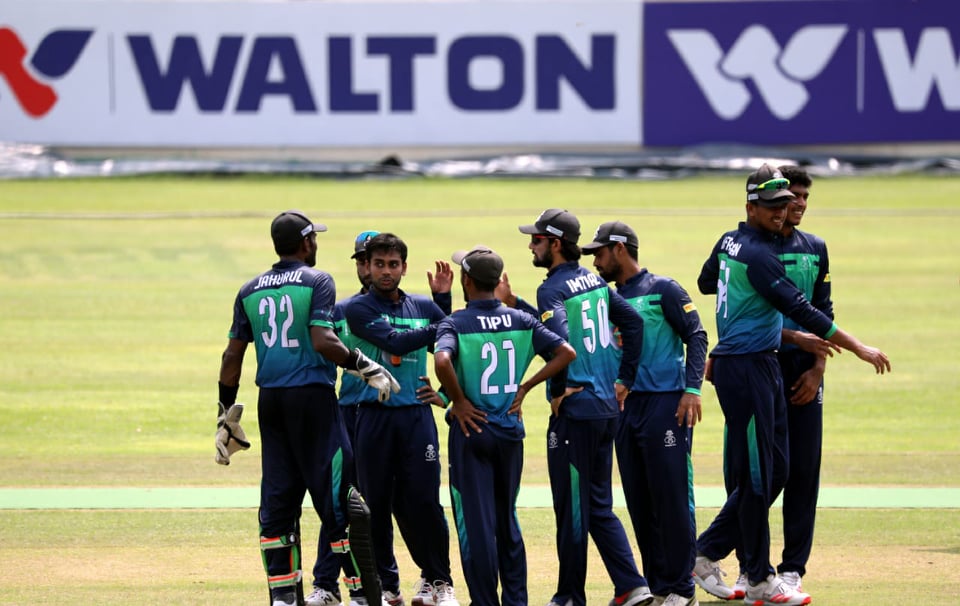 Khelaghar have scored 140 runs losing three wickets, reached the target with three balls in hand. The openers Imtiaz Hossain and Sadikur Rahman failed to start well as both the batter returned scoring 9 runs. Then, Mehidy Hasan Miraz and captain Jahurul Islam made a partnership of 97 runs which propelled the side to overcome.

However, Miraz had to depart, he scored 54 off 44 balls aided by 6 fours and one six. Then the skipper and Slaman Hossain sailed the team to the victory.

Earlier, losing the toss Legends of Rupganj had to bat first, they scored 138 runs losing five wickets. Rupganj were in trouble after losing back to back wickets of opener Shadman Islam (8), Naeem Islam (0) and Azmair Ahmed (28).

Then, Sabbir Rahman came to the crease to join Al-Amin, they made 55-run for the 4th wicket partnership. After his dismissal Al-Amin completed his half-century. He also returned scoring 51 runs off 42 balls with four boundaries.