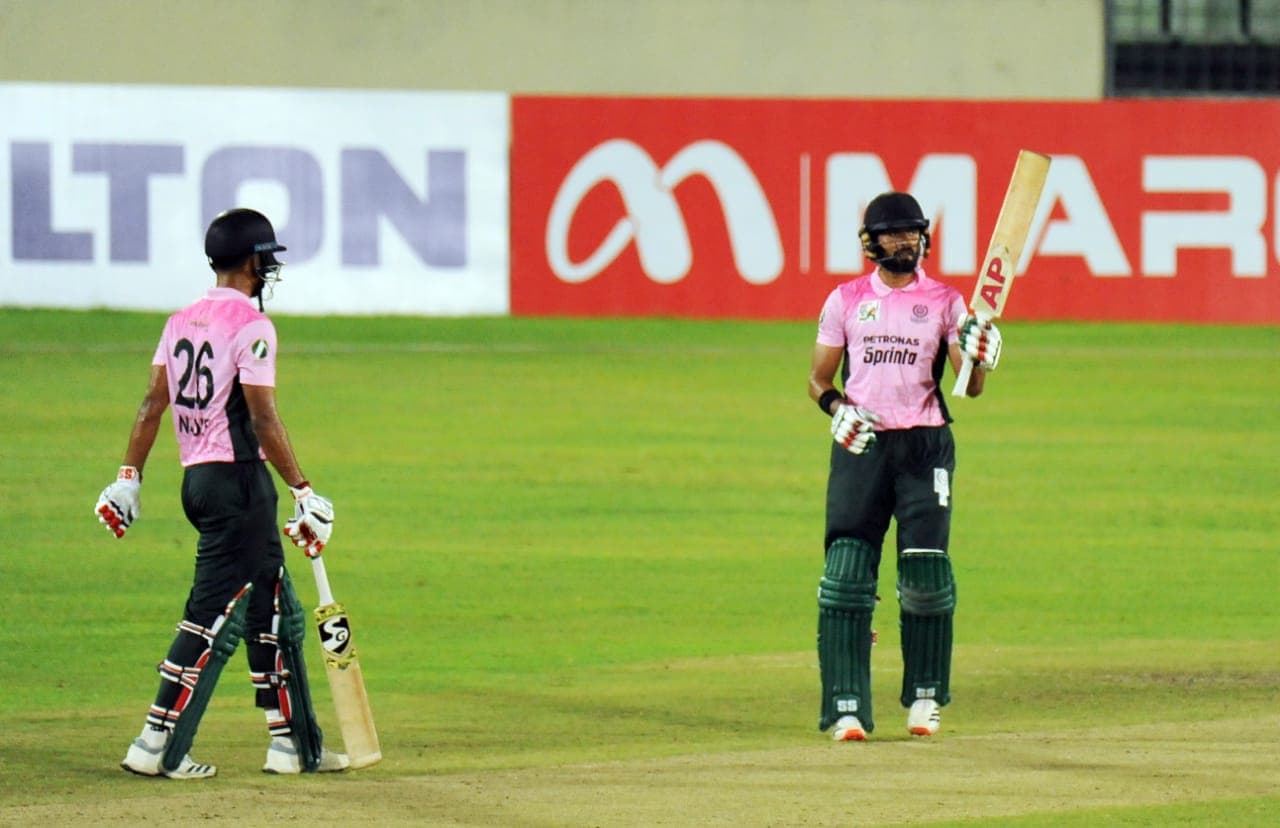 The duo remained unbeaten on the crease, Irfan played a stormy innings of 52 runs off 29 balls aided by five fours and 2 sixes. However, premier all-rounder Shakib al Hasan was returned for a naught in the very first ball getting bowled by Tasamul Haque.

Earlier, Partex won the toss and decided to bat first, they set the target of 158 runs losing five wickets. Partex were in trouble after losing the wicket of opener Sayem Alam, though Abbas Musa (64) and captain Tasamul (59) tackle the early push by setting a partnership of 95 runs. Both made fifties before their dismissals.

Shafiul Hayet remained unbeaten on 18 runs, apart from them no other batsman could settle down on the pitch. Shakib and Abu Jayed picked up one wicket each and Taskin Ahmed bagged two wickets for the team.