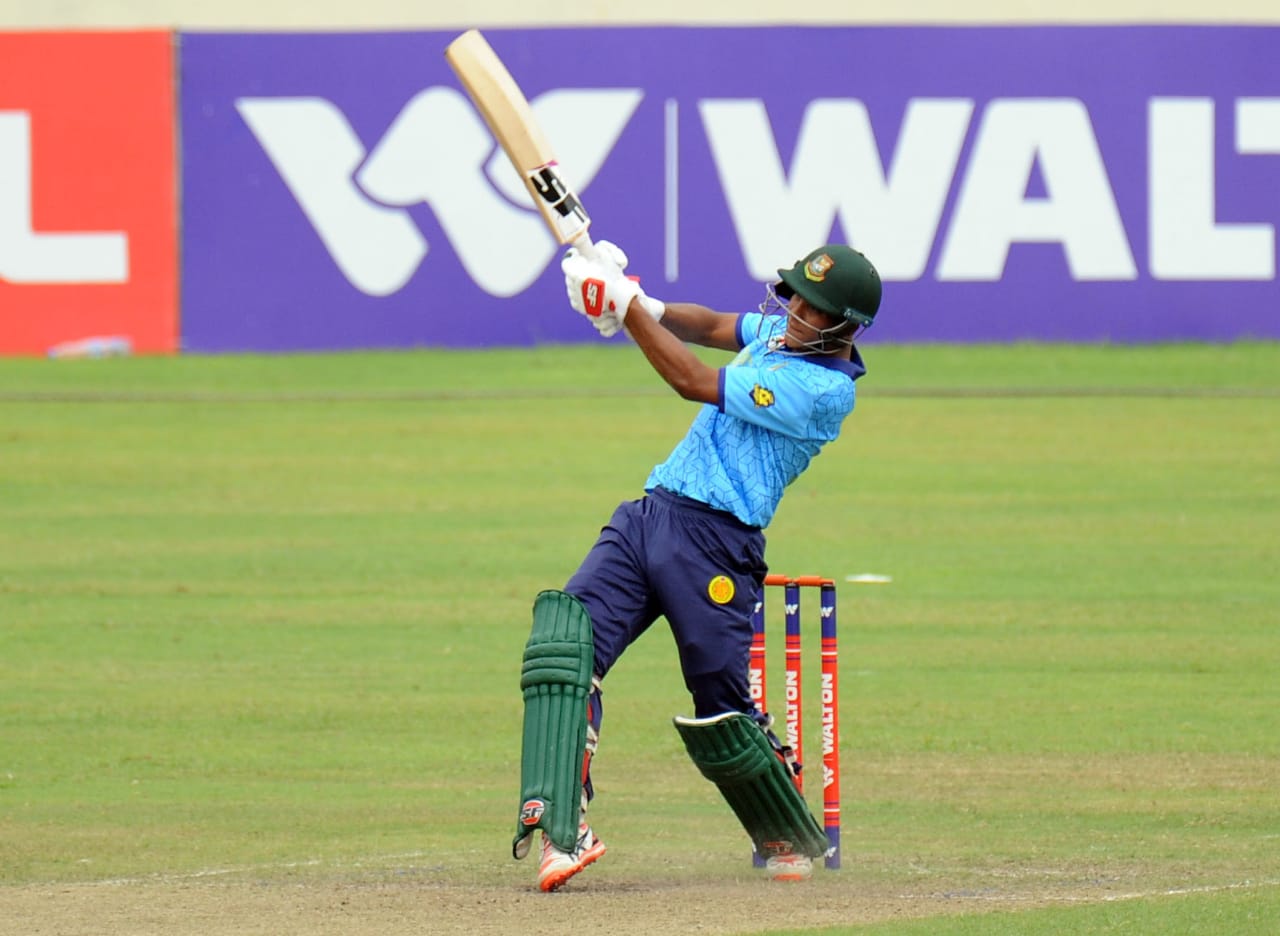 Old DOHS have scored 113 runs losing three wickets in 19 overs, opener Anisul Islam Emon and Rakin Ahmed made a decent start to their innings, collected 53 runs for the opening stand. Anisul (20) was returned by Shohidul Islam. On the other hand, Rakin Ahmed (43) was castled by Saifuddin when he was in short 7 runs to hit his fifty.

Then, Mahmudul Hasan Joy was returned to the pavilion by Arafat Sunny, who scored 15 runs.

Earlier, losing the toss Abahani Limited batted first, they scored 135 losing six wickets in the allotted 19 overs. The opening pair Mohammad Naim (23) and Munim Shahriar (16) could not gave a good start. Then, Najmul Hossain Shanto (10) returned early as Mohaiminul Khan castled him with a catch to Rakibul Islam.

Abahani were losing wickets at regular intervals captain Mushfiqur Rahim (6) also could not settle down. Mosaddek scored 8 runs before his departure.

Bowling all-rounder Saifuddin came to the crease, when Abahani lost five wickets within 72 runs. He played a stormy innings of 40 runs off 19 balls aided by two fours and 3 sixes. Afif Hossain remained unbeaten on 27 runs off 29 deliveries.

Afif and Saifuddin produced 61-run for the sixth wicket stand. While, Rakibul and Mohaiminul picked up two wickets each and Anisul Islam Emon, Abdur Rashid got wicket each.

Tags: DPL, Mohammad Saifuddin,
Up Next