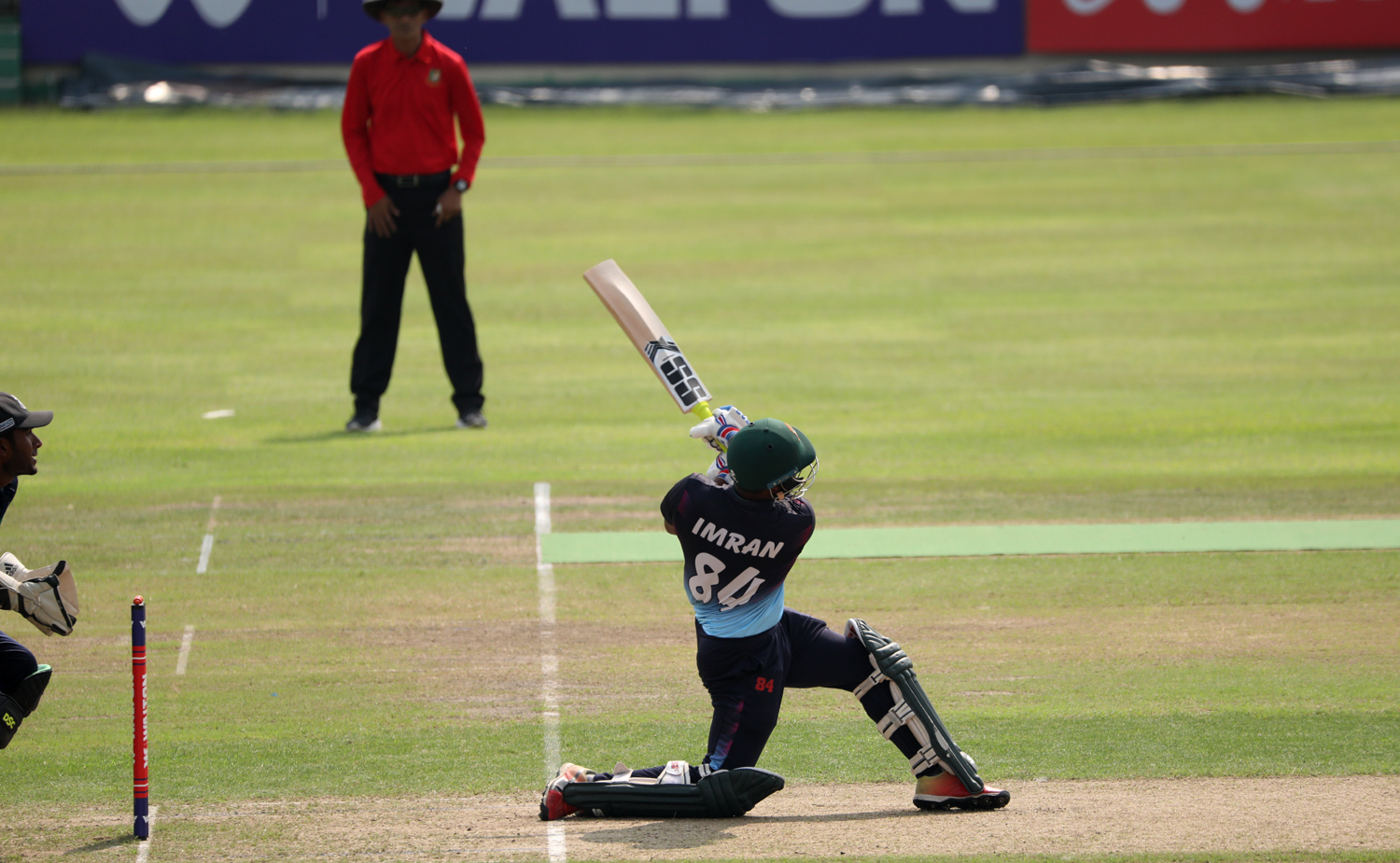 In response to the target of 150 runs Khelaghar batsman were all-out by scoring 130 runs. Rishad Hossain’s cameo innings of 37 runs could not save his side from defeat.

Khelaghar were in trouble since the beginning of the innings as they lost three top-order batsmen within 15 runs. Farhad Hossain and Salman Hossain tried to resist and added 40 runs in the fourth wicket partnership. Farhad departed scoring 33 runs and Salman scored 14.

Mehidy Hasan Miraz failed to take charge of the team during their collapse, he returned scoring 12 runs.

Earlier, after losing the toss, Prime Doleshwar scored 149 runs for the loss of 6 wickets in the allotted 20 overs. Doleshwar made a great start with the stormy batting of opening batsman Mohammad Imran Uzzaman, added 45 runs in the opening partnership. Imran returned scoring 40 runs off just 17 balls with three four and four sixes.

Then, Saif Hassan came to the crease, made 28 runs off 33 balls. The wickets were falling at regular intervals throughout the innings as Masum Khan and Khaled Ahmed took a couple of wickets, Ifran Hossain and Miraz took one wicket each.

Imran Uzzaman was adjudged man of the match for his powerful batting.