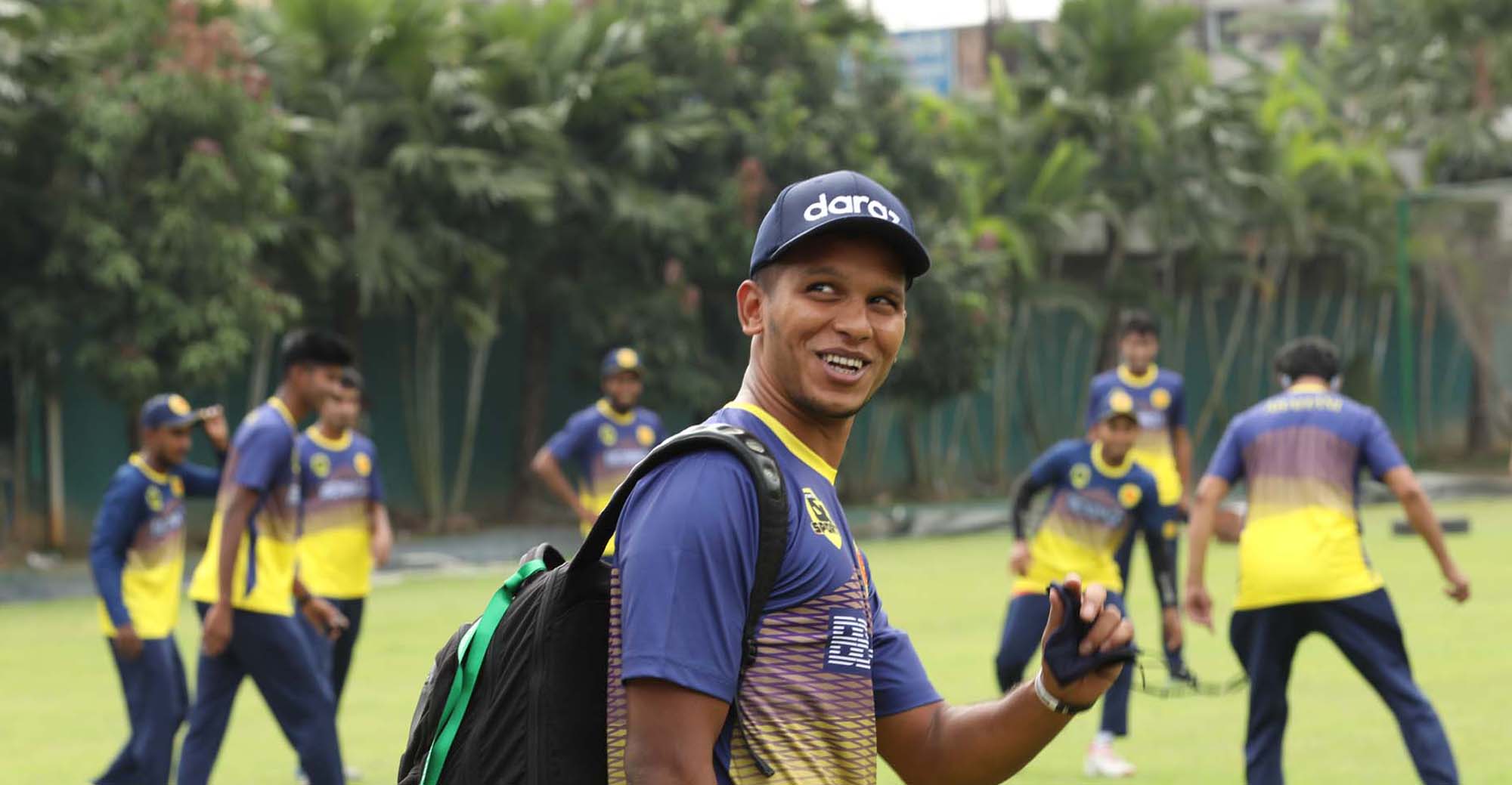 Bangladesh pace all-rounder Mohammad Saifuddin expressed his interest to bat at number 5-6 position in the forthcoming event Dhaka Premier League (DPL) which is starting from Monday May 31.

Saifuddin has been regularly seen batting at number 7-8 in the national team. Even in domestic cricket he doesn’t get a chance to bat at the top-order, he has played for Abahani Limited in the last few editions of DPL.

The premier league was postponed after one round due to the corona outbreak in March, last year. However, Saifuddin was splendid with the bat as he played a cameo innings of 39 off 15 balls with 5 sixes against Partex Sporting Club.

Saifuddin believes that considering the performance of the match, if he should be given a chance to play at the top, he also said he will be able to contribute with the bat for the team.

“There’s no opportunity, this is the reality. There is no benefit in just saying! I have to bat at number seven. Of course the team management won’t let me bat before Afif. Still, I’ll request the team management to give me a chance in one or two matches. If the team gives a chance, since last time I have made a great contribution with the bat for Abahani. If they consider that, I'm interested to play at that position,”

Saifuddin suffered concussion when he was hit on his helmet during the second ODI against Sri Lanka. As a result he was dropped from the squad in the third ODI.

Tags: Mohammad Saifuddin,
Up Next