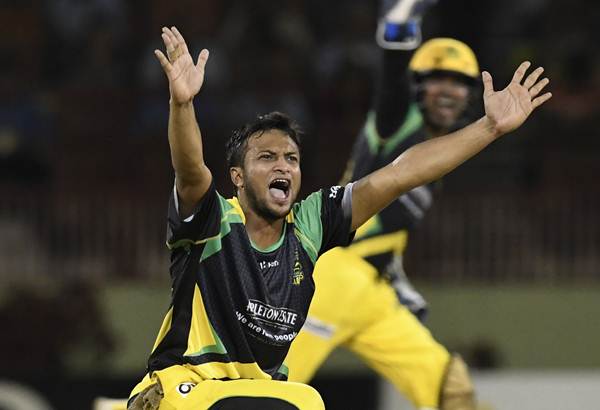 Ace all-rounder Shakib Al Hasan has returned to his old club in the Caribbean Premier League (CPL). Shakib has been signed by Jamaica Tallawahs for the 2021 season confirmed by the CPL website.

Shakib currently lies in 23rd place in the official ICC T20I bowling rankings and holds the second place in the T20I all-rounder rankings.

Shakib Al Hasan has played 16 matches for Jamaica Tallawas got 14 wickets and scored 221 runs for the side. He is also ranked 12th in the list of Jamaica's highest run-getter.

Shakib’s maiden appearance in CPL was in 2016 with Jamaica Tallawahs. Jamaica became the champion of that season. Shakib was the team's joint second-highest wicket-taker and sixth-highest run-getter. In the final, he took two wickets for the side.

Shakib could not play in the previous edition of the CPL due to serving a one-year ban imposed by the ICC in 2019. The upcoming edition of CPL is scheduled to begin from August 28.

This year the tournament will take place in St Kitts & Nevis with all 33 matches being played at Warner Park. This follows on from the successful staging of CPL in Trinidad and Tobago in 2020.