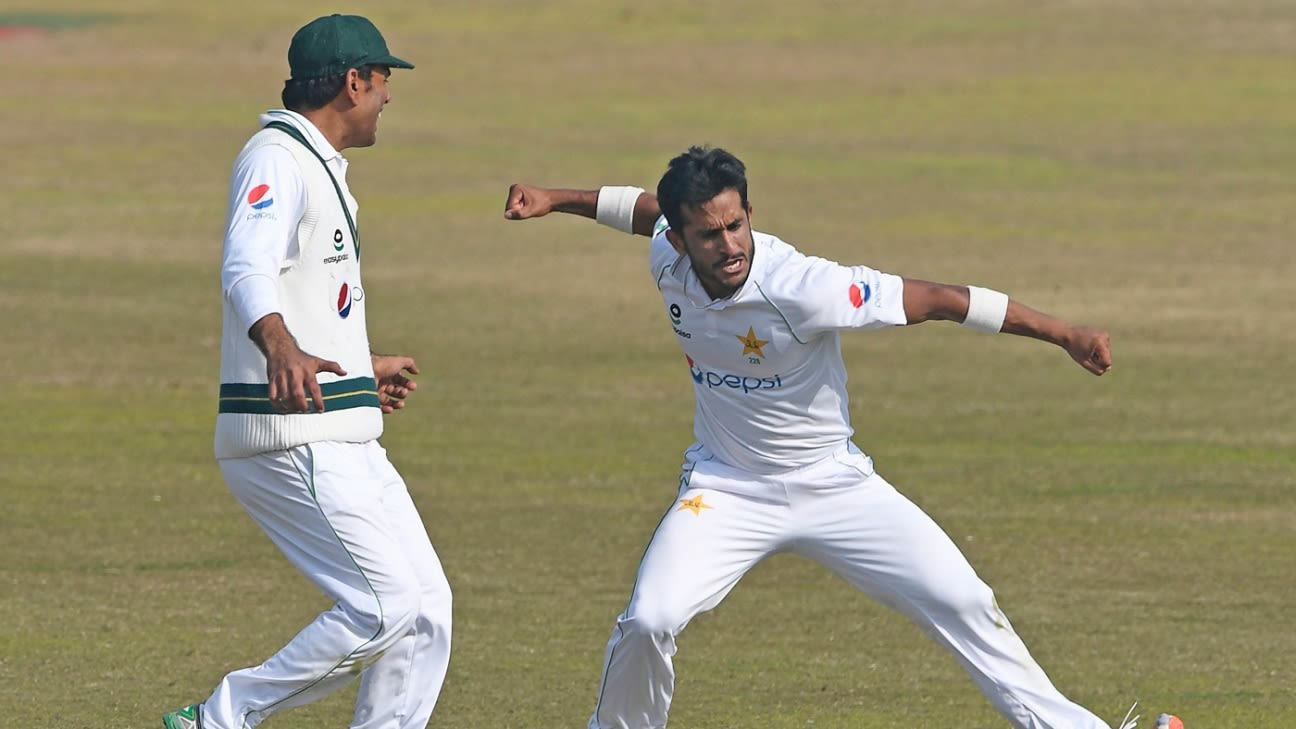 Pakistan bowlers Hasan Ali, Nauman Ali and Shaheen Afridi have achieved career-best positions in the ICC Men’s Test Player Rankings  after their match-winning performances in the second Test against Zimbabwe, becoming the first trio from their country to grab five-wicket hauls in the same match.

Right-arm quick Hasan advanced six places up to 14th position after picking up 5 for 27 in the first innings, while left-arm pacer Afridi's 5 for 52 helped him jump nine places up to 22nd and left-arm spinner Nauman getting 5 for 86 - both of them in the second innings - pushed him up to 46th position from 54th, as Pakistan completed a 2-0 sweep in Harare.

This is the first time three players registered five-wicket hauls for Pakistan in a Test. The last one was from Australia’s Paul Reiffel, Shane Warne and Tim May achieved the feat against England at Edgbaston in 1993.

Abid Ali's unbeaten 215 has helped him move up 38 spots to 40th among batsmen, while Azhar Ali has moved up four spots to 16th after scoring 126. Nauman has also risen in the rankings, with his rapid 97 moving him up 35 places to 116th.

Zimbabwe's Regis Chakabva, moved 16 places up to 81 after scores of 33 and 80, while his team-mate Blessing Muzarabani's 3 for 82 helped him advance to 51st position in the bowlers' list.

Tags: ICC Test Ranking
Up Next