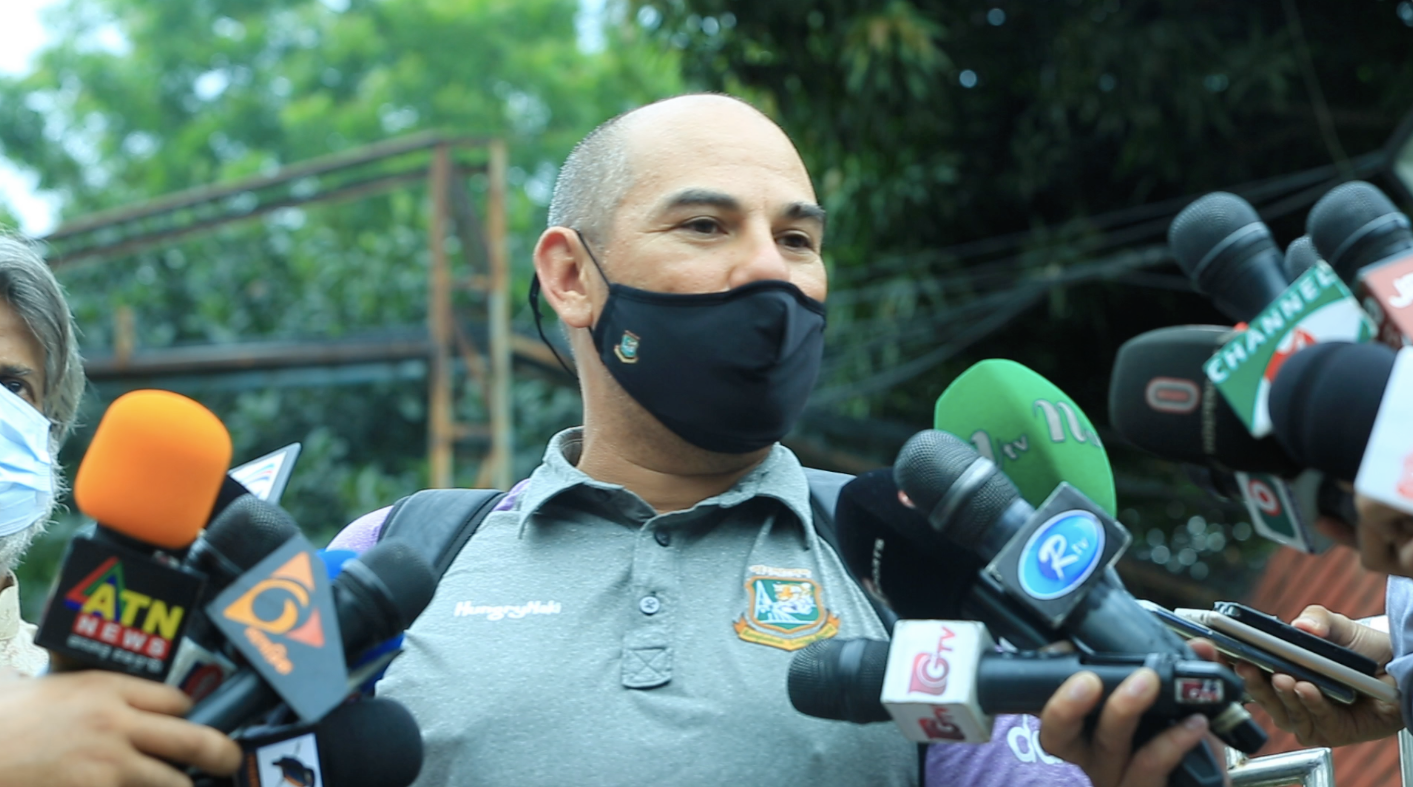 After the Bangladesh team returned home on Tuesday after a two-Test tour of Sri Lanka, Bangladesh head coach Russell Domingo said he was not worried about his job as Tiger’s head coach.

The Tigers were able to draw the first Test, but were defeated by Sri Lanka spinners in the second Test, losing by 209 runs. According to reports in the media, Domingo’s job as head coach is in jeopardy because the Bangladesh Cricket Board (BCB) is not pleased with his recent performance.

But upon return, Domingo said he was connecting with the team better than before and only looking to continue going forward. "Not really," he said when asked if he was concerned about his future.

"I'm enjoying working with the players. I'm enjoying the set-up. There's of course work to be done. I think it's important to try and look at the state of domestic cricket and the facilities the cricketers enjoy when we're not here as well. Of course, there have been tough results. But I have started to connect with the team well and I am confident going forward," he added.

Under Domingo's leadership, the Tigers have lost seven of their nine Tests, while winning one and drawing one. They were defeated by Afghanistan in a home Test, which was the Tigers' lowest point in the Test format. In one-day internationals, Bangladesh did better under him, winning six of nine matches.

The Tigers clinched series against Zimbabwe and West Indies at home but slumped to a 3-0 series whitewash against the Kiwis in New Zealand. In T20Is, Bangladesh have won only six out of 14 matches under him.

Domingo recognized that recent results, especially the West Indies' two-match series whitewash at home, were a step backwards, but he wanted to concentrate on the Sri Lanka One-Day Internationals, which will be played at the end of May.

"There will always be question marks when you lose series at home. We have to deal with them and make sure we prepare well before the series against Sri Lanka. It's important to learn from the past and focus on the future."

He was hoping for some positive results at home and was eager to see Shakib Al Hasan and Mustafizur Rahman return to the lineup. After the IPL was suspended indefinitely due to rising Covid-19 cases inside the IPL bubble, both Shakib and Mustafizur would be looking to return to the region.

"It's good to be playing in the home conditions again. As I said, it's good to get experienced players like Shakib and Mustafiz back. We will be playing against a very dangerous side. So, we have to play really well to beat them," he said.

"I've seen Mustafiz bowl good cutters. Those types of wickets are really helping his type of bowling. Good to see him having a good campaign so far” he further added.