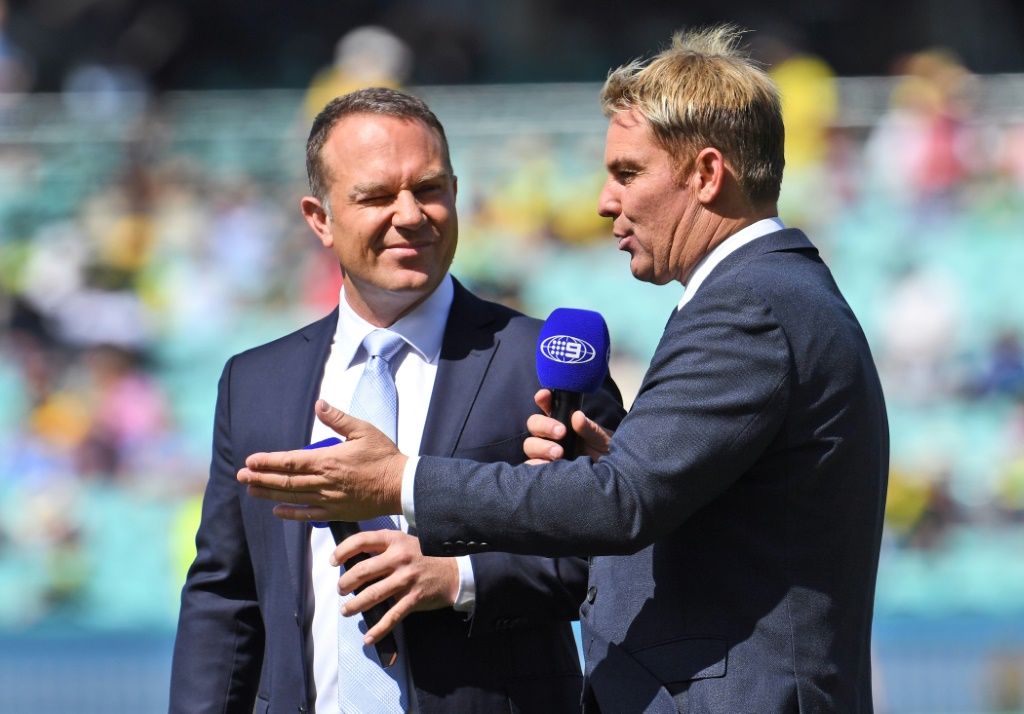 Former Australian cricketer Michael Slater slammed his government on Monday for threatening to jail anyone who breaks its India travel ban, telling the prime minister he had "blood on your hands".

Australia on Saturday warned that people entering from India -- where a raging Covid-19 pandemic has pushed the healthcare system to breaking point -- could face five years behind bars.

The threat came after travellers exposed a loophole by taking indirect flights home from India. They included cricketers Adam Zampa and Kane Richardson, who left their Indian Premier League clubs ahead of the ban.

Slater, now a well-known television pundit, had been commentating on the IPL for broadcaster Star Sports in India before leaving the tournament as case numbers soared.

He travelled to the Maldives, where he is waiting to find out when he can return home, The Australian newspaper reported Monday.

"If our Government cared for the safety of Aussies they would allow us to get home. It's a disgrace!! Blood on your hands PM. How dare you treat us like this," the 51-year-old tweeted.

Critics have accused Prime Minister Scott Morrison's government of abandoning the country's citizens during a time of crisis.

Morrison has also rejected calls for charter flights to return thousands of citizens, including cricketers in India for the IPL.

The travel restrictions, introduced to try and stop India's outbreak from spreading to Australia, will remain in place until May 15 at the earliest.

On Monday, the IPL for the first time postponed a match because of the virus crisis, after two players tested positive.

Despite the spike in infections, Indian cricket authorities have not cancelled the IPL, insisting that the lucrative competition is helping to raise spirits.

Australia closed its international borders to most non-citizens in March 2020.

Those who travel to the country are required to spend 14 days in a quarantine hotel.

Slater occupied a position at the top of the Australian Test batting order for close to a decade, hitting 5,312 runs before his 2004 retirement.