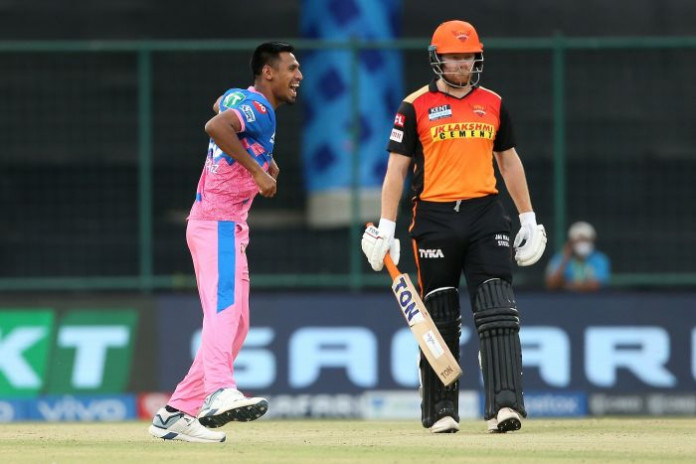 This performance from The Fizz is the best performance in the current IPL. Rajasthan won by 55 runs on the day of his brilliant performance. After chasing a huge run of 221 runs, Hyderabad’s innings ended on 165 runs.

The former New Zealand captain said Mustafiz was working on a swing to get himself back.

"Apart from Buttler [Jos Buttler], another big achievement for Rajasthan in today's match is Mustafiz's bowling. I think he was in a very good rhythm today [Sunday]” said Vettori.

"He [Mustafiz] has bowled the best in the current edition so far. I know he’s doing a lot of work with the slower but he’s also working with the swing. Today, he has fooled the batsmen by leaving a few slowers” he added.

Mustafiz has played in all the matches in Rajasthan's jersey this season so far. He took 8 wickets in 7 matches with 8.29 economy.