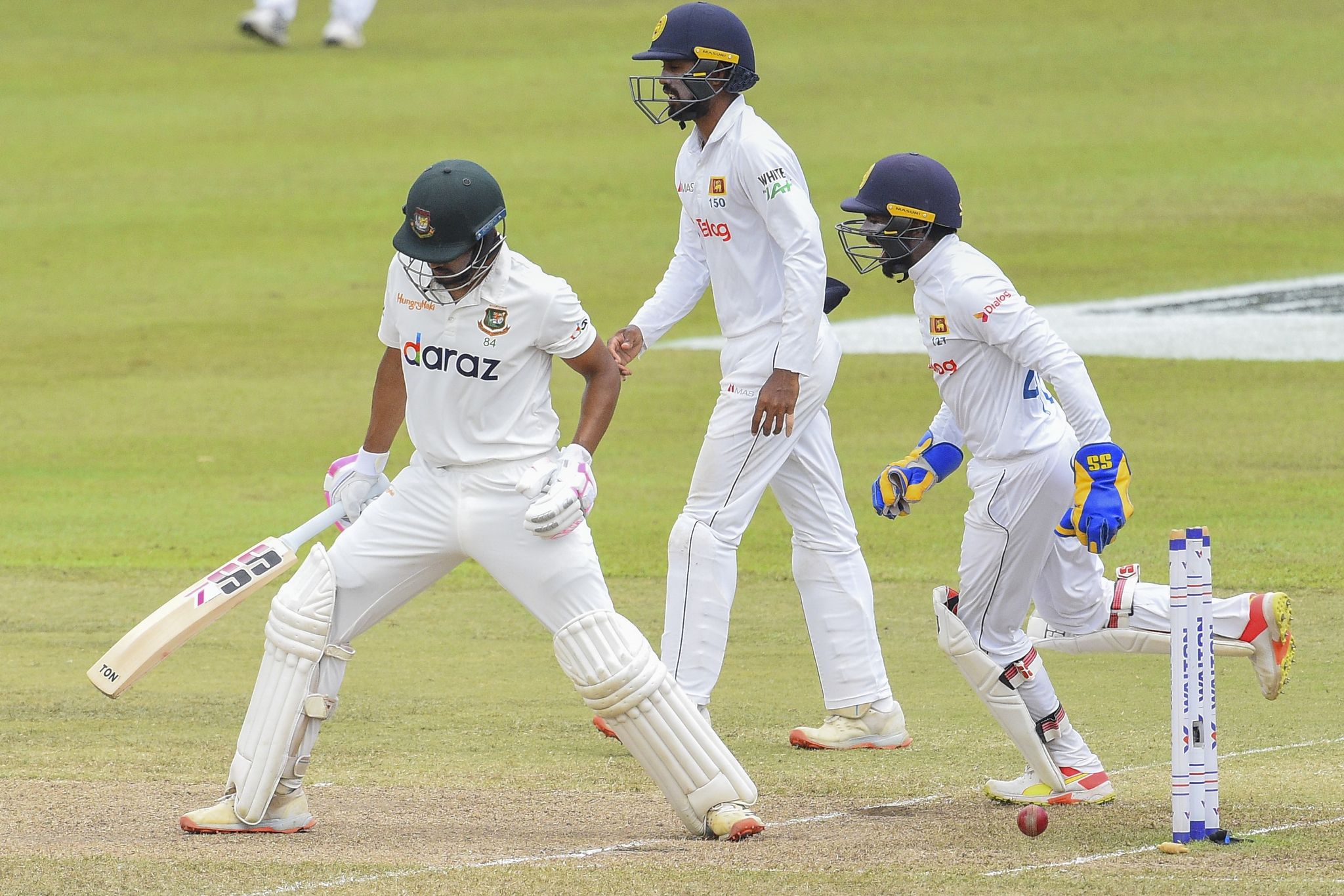 Bangladesh required 260 runs against Sri Lanka as they reached 177 runs for five wickets at stumps on day four during their second Test at Pallekelle International Cricket Stadium in Kandy. The match was called-off due to bad light.

Then, skipper Mominul Haque and Mushfiqur Rahim tried to resist for a while but failed to take the team on the safe road. Ramesh Mendis got the two most important wickets as he returned Mushfiq for 40 runs and bowled Mominul scoring 32 runs.

While Tamim Iqbal (24) had to return early as he was caught behind off Mendis.

Sri Lanka declared the innings at 194/9 setting the target of 347 runs for the visitors. The hosts decided to declare when Taijul Islam completed his five-wicket haul by clean bowling Suranga Lakmal after Lunch. They lost three wickets after Lunch, Niroshan Dickwella was caught at the deep square leg boundary off Taskin Ahmed and Ramesh Mendis was returned by Taijul. This was only his second five-wicket haul on foreign soil.

Bangladesh spinners dominated the field since the beginning of the session on the fourth day. They returned 4 batters of the opponents including big wickets of Dimuth Karunaratne (66) and Dhananjaya de Silva (41).

Earlier on day three Mehidy Hasan Miraz got the wicket of Lahiru Thirimanne (2), while Taijul Islam bagged Oshada Fernando for 1. The Lankans post 17 for 2 at the end of the day.

Bangladesh were all out for 251 runs in reply to Sri Lanka’s 493 in the first innings on day three.