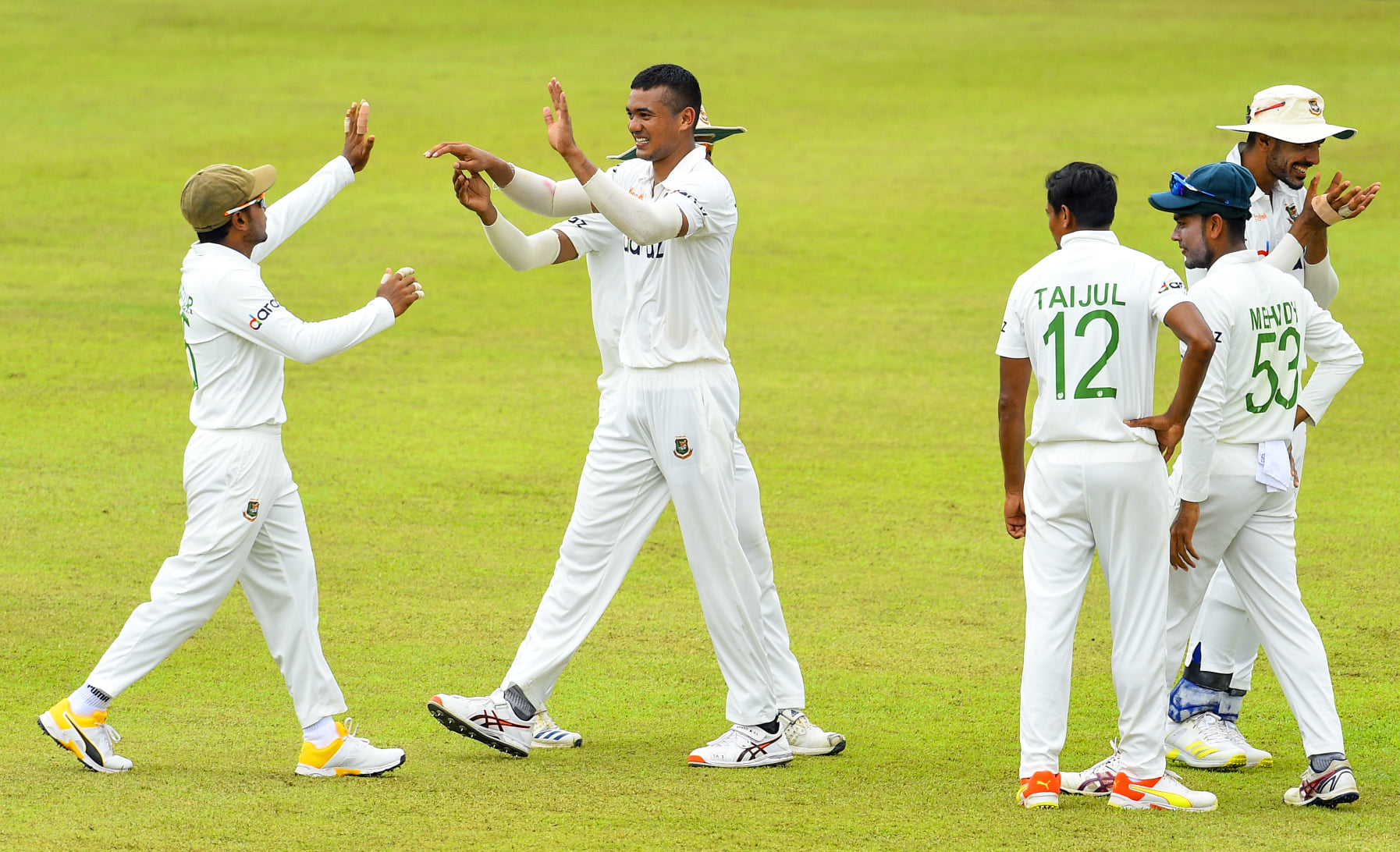 Sri Lanka have scored 469 runs losing six wickets at stumps on day two during the second Test against Bangladesh at the Pallekele Stadium, Kandy. The match stopped due to rain, Sri Lanka batsmen Niroshan Dickwella (64) and Ramesh Mendis (22) remained unbeaten at the end of the day.

Bangladesh bowlers brought the side back to the game as they picked up two more wickets before the second session. Pathum Nissanka was bowled by Taskin Ahmed, he returned scoring 30 runs. While Oshada Fernando was sent off by spinner Taijul Islam. Oshada added 54 runs with Nissanka for the fifth wicket partnership. Oshada made 81 runs from 221 balls with eight boundaries bfore his departure.

The bowlers strike early on day two as Lahiru Thirimane the centurion departed early during the first session by Taskin with the catch to wicket-keeper Liton Das. He scored 140 runs off 298 deliveries with 15 boundaries.

Then, Taskin strike again as he returned Angelo Mathews, who could not settle down on the pitch for long. The batsman scored 5 runs, caught behind by the keeper. Sri Lanka lost their third wicket of the morning when Dhananjaya de Silva, who made 166 in the first Test, fell to a catch at slip off Taijul Islam.

Earlier, skipper Dimuth Karunaratne (118) made a second straight century against Bangladesh in the second Test and added 209 runs for the opening partnership with Thirimanne who was not out for 131, at the close of the day collected 291 runs for one wicket.