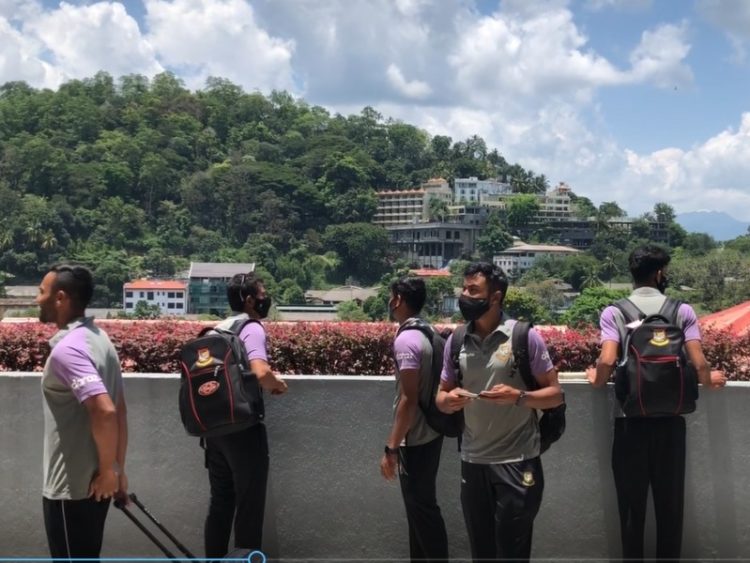 Team Bangladesh has reached Kandy to play a two-match Test series against Sri Lanka as the visitors arrived at the match town on Monday afternoon on a team bus from Negombo.

Mominul Haque and his team will play two Tests against the host Lankans on April 21-25 and April 29-May 3 at the Pallekele Stadium in the city.

Earlier, on April 12, after a three-day mandatory quarantine, the Tigers took part in a two-day warm-up match between themselves.

The series was originally scheduled for July last year but was pushed back due to the Covid-19 pandemic.

The series got rescheduled to October-November but failed to materialize as Bangladesh were not ready to comply with the 14-day quarantine in Sri Lanka.