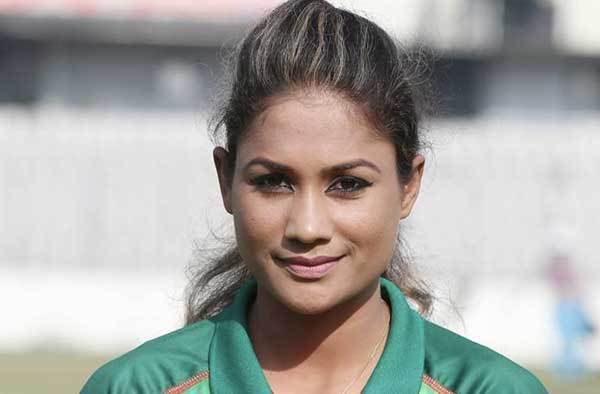 Bangladesh Women’s team all-rounder Jahanara Alam has not really been worried by the absence of the Head coach. Former England cricketer Mark Robinson was appointed by the country's cricket governing body for the women's team last December. However, he could not join the team yet .

After the break of Corona, the Women's team came back to the field with the preparation camp which started on January 3. Meanwhile, the one-day series of the Bangladesh women's team against the South African women's emerging team will start from April 4.

Assistant coach Faisal Hossain Decans is currently in charge of the national team in absence of head coach Robinson. Besides, selector and team manager Mohammad Manjarul Islam is in charge of pace bowlers, while Wahidul Gani is in charge of spinners.

Even after the absence of the head coach, the BCB has appointed prominent coaches in all the departments. That is why the head coach’s absence did not bother the women's team fast bowler Jahanara. She even said that they are preparing for South Africa as planned.

"It really depends on the right plan, what kind of plan we are getting and what kind of practice we are doing. I don’t think we see any shortage of head coach here. It depends on the board. We have assistant coaches, we have been given coaches according to our skills.” Jahanara said.

'For example, selector and manager Manju Bhai was with us in Sylhet. Since, he is a pace bowler. He has worked especially with pace bowlers. After coming here, it has been seen that Shanu Sir is the batting coach, and spin bowling coach Waheed Gani Sir. Overall, we can say that we are going according to the plan quite well.

The Bangladesh Cricket Board (BCB) has not renewed its contract with the head coach Anju Jain after the Bangladesh women's cricket team collapsed in the T20 World Cup in Australia. Women team has been without a head coach since her departure in March 2020.

The Women's Twenty20 Challenge was held in Sharjah, United Arab Emirates last year. All-rounders Jahanara Alam and Salma Khatun participated in the event from Bangladesh. Jahanara played for Velocity and Salma's team was Trailblazers. She even thinks their experience in IPL will be useful in the upcoming series.

"It will depend on how we play the first match, I might have said that we are fit, ready to play. And if I give an example, Salma and I have played in the IPL. Although it was T20. The intensity was high for both of us.” She told the media.