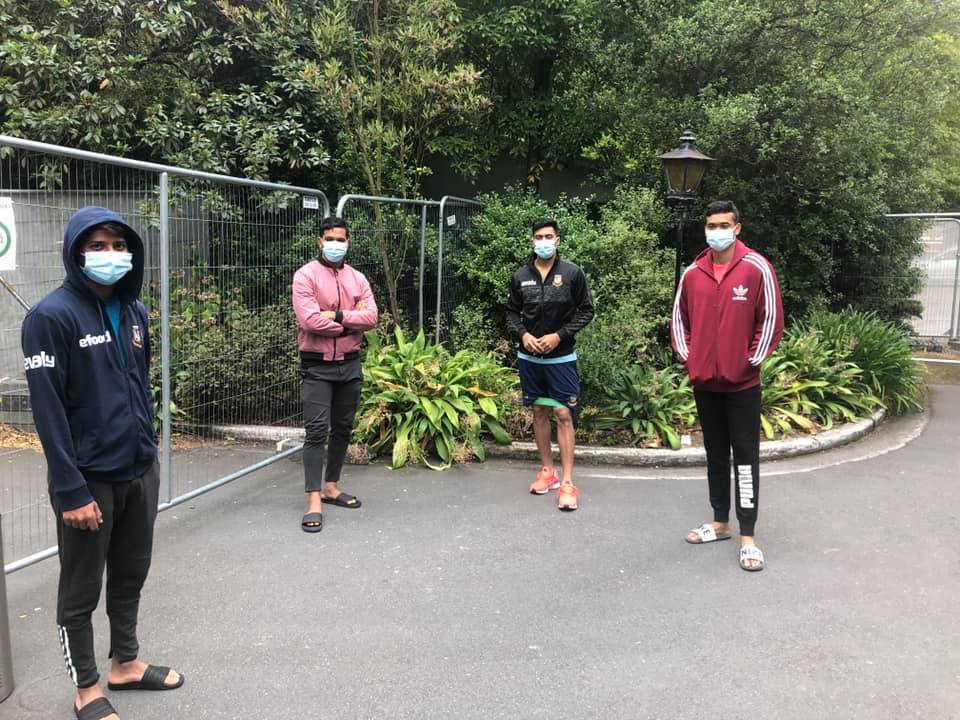 Bangladesh team has reached New Zealand to play a three-match ODI and three T20s series. Tigers have to abide by some rules for the forthcoming series as they were instructed to stay in the hotel due to corona restrictions in New Zealand. However, they got a chance to roam outside the hotel for 30-40 minutes, after observing quarantine for 48 hours.

This is the first time Bangladesh cricketers have faced such an experience in a foreign tour. Tiger pacer Taskin Ahmed said they were all allowed to go out after being negative in the Corona test. They will be given the opportunity to practice after two more corona tests.

“Actually, such isolation is a different experience for us. And we have never spent time like this before. After about 48 hours, we got the opportunity to walk for 30-40 minutes maintaining a distance of 2 meters, now we are back in the room.” Taskin said.

'It's nice to stay all alone for two days. After the first corona test, they allowed us to walk as everyone came negative. So there are some more tests left. After that, we can start practicing. Overall, it’s a different feeling. I wish the sooner the observation is over, the better.” He added.

Taskin also revealed how they are passing their time in the hotel. ‘Actually we are spending time talking to family on the phone, watching movies. BCB has also arranged some physical exercises for us. Some bands have been given for cycling. Exercises programs are given which can be done in the room. Overall, time is passing like this. Some physical exercises, movies, family.. like this.”

Tags: Bangladesh, Taskin
Up Next