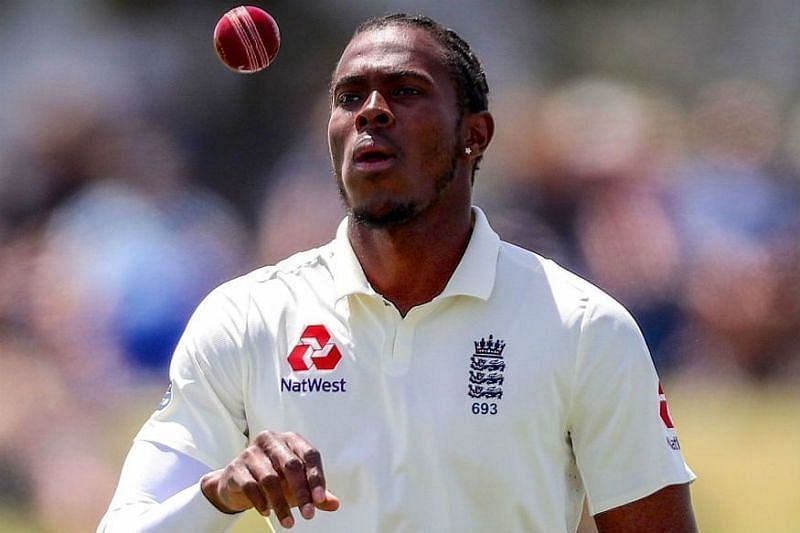 Former India fast bowler Ashish Nehra applauded England pace bowler Jofra Archer and called the 25-year-old pacer is 'number one' among the young bowlers. Ever since he came into the international circuit, he has impressed everyone in every format, especially in the longer format.

However, Archer came into the limelight when he was bought by Rajasthan Royals in the 2018 Indian Premier League auctions and since then, he has become a crucial player of the team as well. And, Nehra believes that Archer is an important part of the England team and his presence will benefit the team too.

"I believe among all the young talented bowlers we have seen in the past 2-3 years - Jofra Archer is number one. In the form Jofra Archer is in, especially if he's in form and fit - It will benefit the England team," said Nehra on the Star Sports show 'Cricket Connected'.

Jofra Archer played the first Test against India match where he picked up three wickets, however, he was seen in discomfort in the first Test in Chennai and he could manage only nine overs in the second innings of the match. And, he didn't feature in the second Test owing to medical reasons. But, the England Cricket officials stated that Jofra Archer will be available for the third Test against India which will be played from February 24, onwards.

While speaking on the upcoming Test, Nehra believes that England will have a strong line-up, which included the pace trio.

"Even if India sees a similar wicket like Chennai, England still has a strong line-up, the way Stuart Broad bowls leg cutters and bowls wicket to wicket; Jofra Archer bowls pace and bounce, Jimmy Anderson has experience with his swing and reverse swing," shared Nehra.

So far, Jofra Archer has played 12 Tests, 17 ODIs and 7 T20Is for England. Even, he has picked up three five-wicket hauls in Test cricket. Alongside him, there will be Anderson and Broad which will form a strong side for England in the third Test, which will take place at the Sardar Patel Stadium in Ahmedabad from February 24 to February 28 from 2:30 PM IST onwards.

Rahul Tewatia, Varun Chakravarthy uncertain for T20I series against England after failing in the fitness test

Patel, Ashwin spin England out for 205 in final Test

Bangladesh U-19 set to tour Afghanistan