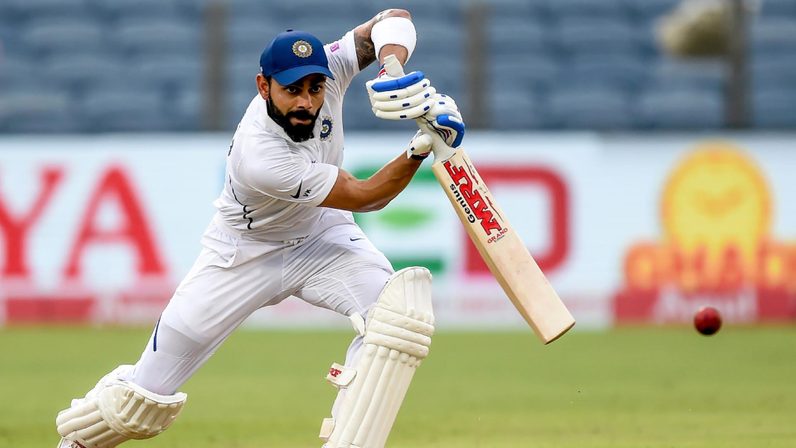 Team India are all set to take on England in the pink-ball Test which will be a day-night affair in Ahmedabad. However, their last pink-ball Test against Australia was a dismal one as they were all out for 36 in the second innings. However, India captain Virat Kohli is confident that the result of the Adelaide Test won't repeat as well.

"Both are bizarre experiences for two quality sides. If you ask England the same question -- do you think you can be bowled out for 50-odd, their answer would probably be no. You understand that on a particular day, things are supposed to happen in a certain way," said Virat Kohli while speaking to the media on Tuesday before the first pink-ball Test.

"Whatever you try to do, it seems to be out of control and nothing seems to go right. That happened to us in Adelaide. Barring those 45 minutes of bad cricket, we dominated that Test match. We are very confident in how we play the pink ball, even in Australia where the pitches were assisting their seamers. We brushed it aside and won in Melbourne. That (36 all out) is not a hindrance or mental scar," he further added.

Virat Kohli has said that despite the wicket being spinner-friendly, the pink ball will help the pace bowlers as well.

"The pink ball tends to swing a lot more than the normal red ball that we play with. We experienced that when we played the one match in 2019 with Bangladesh. It is much more challenging to play with the pink ball regardless of what pitch you are playing on especially in the evening. As a batting team if you are starting your innings under lights then that one and a half hours is very challenging," shared Kohli.

"Spin will come into play for sure. But I don't think the new ball and the fast bowlers can be ignored. The pink ball does bring them into the game till the ball is nice and shiny. It is something that we are very well aware of and are preparing accordingly," he explained.

"Last time we experienced that the first session is the nicest to bat when the sun is out and the ball doesn't do that much. But when it starts to get dark especially during the twilight period, it gets very tricky. The light changes. It is very difficult to sight the ball and under lights, the ball tends to swing much. I think it is reversal of roles and you have to adjust quite quickly as batsman," Kohli concluded.

However, the four-match Test series currently stand at 1-1 where England won the first one and Team India bounced back well in the second one with a huge 327 runs.